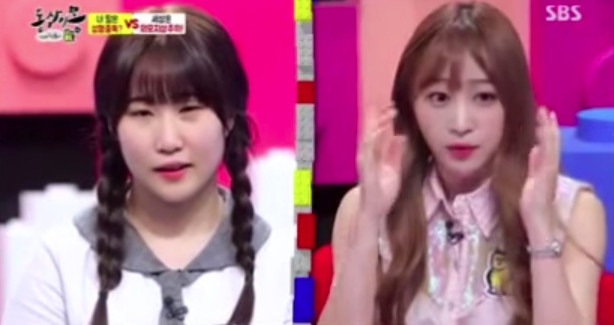 Instead of placing judgments on ourselves based on the standards of others, we should determine our own satisfaction and learn to be self-confident. It is important to embrace ourselves and know that each individual is a precious, special being.

A July episode of the Korean television show “Same Bed, Different Dreams” shows how confidence can impact teens by offering glimpses into the life of a teen girl who is obsessed with plastic surgery and who stays up until three in the morning going through her skin care routine and massaging her face.

At first, the audience judged her behavior, thinking she was addicted to her appearance like many other teenagers. However, it was revealed that the student showed low confidence in her looks because of what her classmates and other people said about her physical features.

“Many people are so judgmental towards how we look these days. The way society defines us scares people into conforming with the others. If we don’t try to be like ‘the perfect people,’ it makes us lose our self-esteem and pride,” said Joan Kim, a senior at West Ranch High School (WRHS), in an interview with JSR.

Kim continued, “However, we should be able to face the fact that everyone comes in different sizes and shapes: skinny, curvy, tall, and short.”

Though Kim disagrees with plastic surgery for teens, another student was more open to the idea.

“I understand how parents might be against their children wanting to change their appearance. But if a kid is so stressed and unhappy with his or her looks, I think it’s more beneficial for the kid to go ahead and do what he or she wants,” WRHS senior Ginnie Bang told JSR.

For many of us, confidence is difficult. If we don’t have it, we spend our lives chasing it. Even if we get something wonderful offered to us, or get an acceptance letter from one of the top schools, or eliminate any flaws we think we have, we must have a strong foundation of confidence within us to be truly proud of the accomplishments. According to WRHS student Mikaela Buenaventura, our confidence is shaped by how we handle our trials and tribulations.

“When I was in elementary and middle school, I was constantly bullied,” Buenaventura told JSR. “One day, I started putting makeup on and realized that, ‘Wow, maybe I have a shot at being pretty…’ When people would compliment me, I gained confidence and was reassured that yes, I can do anything.”

“I used to think that my confidence sparked from makeup and the way it made me feel,” she continued, “because after that, everything started to fall into place. But later on, I realized that it was the negative energy and constant bullying that made me who I am: a confident young woman.”

Buenaventura concluded, “It is the tough situations in our lives that shape us, either bringing us down or making us a better version of ourselves. I always encourage people to use bullying or put-downs as motivation, to put yourself out there and use them as practice for confidence.”

Being able to be confident, no matter the standards of other people, really makes us shine.