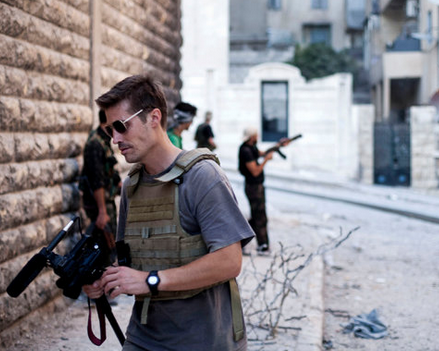 Many people take for granted the information they receive through the photos and stories of journalists. However, ongoing beheadings in the Middle East and police attacks against journalists in Missouri have demonstrated how dangerous the job can be.

James Foley, a 40-year-old American journalist who was brutally decapitated by the Islamic State group last month, was not a stranger to threats in the Middle East. In 2011, he was detained in Libya by forces that were loyal to former dictator Moammar Gadhafi. Foley was so committed to his job that, after he was released from detainment in Libya in 2011, he quickly went back to the region continue working as a freelance reporter. Then, in 2012, he was kidnapped by a gang of jihadis after leaving an Internet cafe with his translator in Syria.

His bravery was shown throughout his career, even until the end of his life, when he looked straight into the camera and did not pull away when his captor brought a knife to his throat.

In America, the aftermath of the fatal shooting of unarmed teenager Michael Brown in Ferguson, Missouri inflamed racial tensions and led to massive protests in August. Naturally, journalists rushed to the scene to capture the moments and bring news to the rest of the world.

Police actions against these journalists were hostile. They were threatened with guns, shot at with rubber bullets, and tear gassed. According to Neil Munshi of Financial Times, Captain Ron Johnson of the Missouri Highway Patrol “just cuffed and searched [reporters] as [they] were leaving.” On August 10, CNN reported that at least eleven journalists had been arrested during the protests.

Hanna Kim, a sophomore from Arnold Beckman High School, told JSR, “I didn’t realize that journalism could be this dangerous. It’s so easy to get updated news through Facebook or Google but I never stopped to think about how this news is obtained.”

Yet, journalists have the power to change people’s opinions through words or photos. To do so, many have put themselves in dangerous situations.

For example, Associated Press photographer Nick Ut took pictures from the frontlines of the Vietnam War that inspired people to call for an end to that war. Carl Bernstein and Bob Woodward put themselves in political danger while exposing the Watergate scandal. CNN’s Christiane Amanpour experienced attacks from Egyptians in 2011 when reporting on the revolution in Cairo, Egypt.

Junho Chun, a journalist for the Korea Times and author of “Is Gyeongju a Silk Road City?” told JSR in an interview, “Robert Capa, a legendary photojournalist once said, ‘If your photographs aren’t good enough, you weren’t close enough.’”

“Once,” Chun continued, “I had to take photos of the fights going on in Hapcheon when the government was trying to capture the fifth South Korean president for his role in the Gwangju Massacre in 1980. There was smoke everywhere and I witnessed tons of shootings. I could have easily gotten injured or killed.”

“But what could I do?” he concluded. “Journalism is my job and my passion, and I need to do it right.”