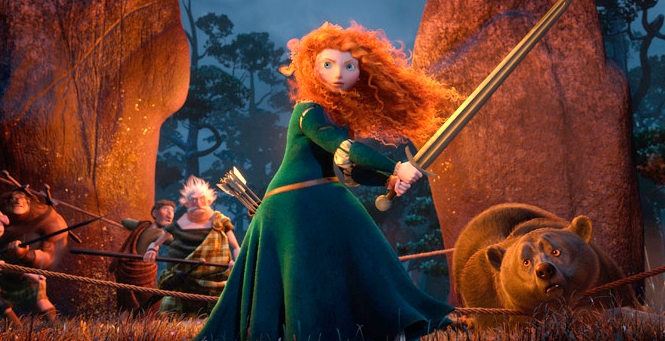 Disney recently announced that Merida, the female protagonist from Brave, would be given the dubiously honorable title of a “Disney princess”  – after receiving a thorough “glamorizing” makeover. In response, upset parents protested the move, saying that Merida seems to have lost all that made her so significant and appears to have become nothing more than another trivial Disney tiara-and-gown princess. After a Change.org petition that garnered 200,000 signatures and criticism from the character’s creator, Disney removed the offending images of the new Merida from its website on May 16.

The Merida that emerged after the makeover is decidedly more feminine and “put-together” than the original. Though elegant, there is a charisma that is lacking. The Merida from before the makeover no doubt has a certain charm that is missing from the post-makeover Merida.

Originally depicted as a bold, fearless girl able to hold her own, the new Merida was not the character that Disney sold her as. And the Merida makeover does perpetuate the very gender stereotypes that Disney had experimented with breaking in Brave.

Of course, Disney’s ultimate goal is not to lead a social revolution and break down gender stereotypes. Sleeping Beauty should have taught us that much. No, Disney is in the game for itself – it capitalizes on what people want to see and find interesting.

Thus, if parents so fear how character transformations will confuse their children then they should be more proactive. Merida’s makeover, however unsettling it may appear, is not that distressing in the great scheme of things. Disney has done far worse in regards to its portrayals of females, with, as just one example, the aforementioned Sleeping Beauty.

And yet, Disney is not entirely absolved of responsibility. Yes, Disney has the right to do as it wants with its characters. But it feels like a scam to sell a character as a social equal, if not better, to her male counterparts and then backtrack and make her less with a few careless makeover brushups. If nothing else, Disney should have expected this kind of backlash.

It’s difficult to pinpoint what exactly the media’s role should be in regards to social change. Certainly Disney is under no obligation to spark social change. Yet its unique position in children’s lives, and indeed in the public conscious, does behoove that it not act against societal mores – the public backlash against Spring Breakers starring Disney stars made that clear enough.

No one can truly say that Disney is obliged to guide society in a more progressive manner, but one would hope that Disney would use its meaty corporate fists for something greater than perpetuating gender stereotypes.