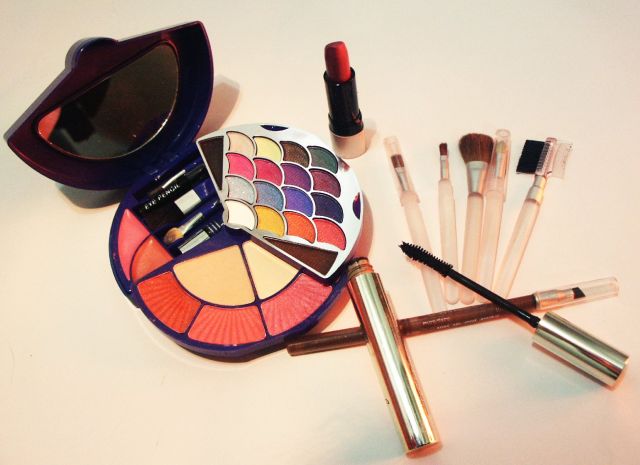 On a regular school day, many teenage girls wake up as early as 5 a.m. to to do their hair and makeup.

In an interview with JSR, West Ranch High School sophomore Tiffany Chung shared, “Everyday, it takes me about 15 minutes to do my eye makeup, sometimes 10 if I’m in a hurry.” For other girls, the daily routine includes extra foundation, bronzer, lipstick and more.

Teenage girls put on these layers of makeup in an effort to look appealing. According to Ask.com, the average teenager spends about $340 a month and uses $120 dollars, about 35% of total spending, to buy makeup! Cosmetic brands, such as MAC and Cover Girl, advertise their products by using models or celebrities to encourage teens to make their products seem like the next “it” thing. Many girls unfortunately fall into the trap and do not know the potentially harmful consequences to their skin and body.

It may seem like makeup solves all skin problems, but makeup actually worsens the skin. These cosmetics can cause an oily appearance instead of a healthy glow. They can dry skin, making it appear flaky and wrinkly. According to the American Academy of Dermatology, makeup can also clog pores and irritate acne and blemishes.

More intense effects include skin discoloration, headaches, skin disorders, damaging of one’s thyroid systems, and breathing disorders. Some makeup even contains chemicals that may increase the risk of cancer.

Despite the money and time spent, as well as the health risks, not everyone is in awe of tinted lipstick or glittery eyeshadow.

“It’s ridiculous,” he told JSR, “[that] girls put in so much time and dedication to do their makeup.”

Makeup has become a necessity for many females who believe it will “enhance” their looks and give them confidence. Though makeup can be wondrous, it’s not so wondrous to face critical skin or immune problems.

Ladies, be proud! Show off your natural glows!