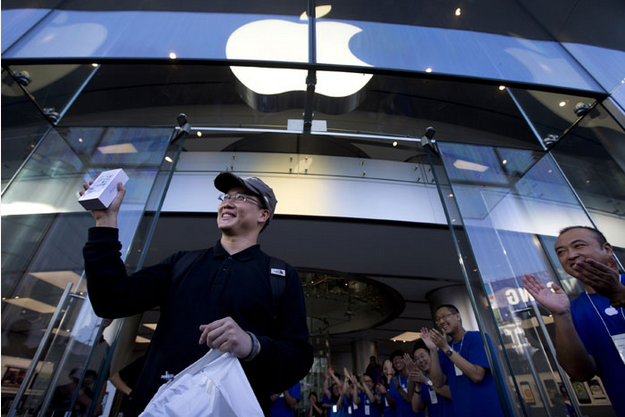 Apple released the iPhones 5S and 5C on Sept. 20 to much enthusiasm and demand – both of which reached their apex as fights broke out in a Pasadena Apple store.

On the day of the models’ release, George Westbrook and Lamar Mitchell were arrested for fighting while waiting in line outside the store. Later into the day, a man who hired others to stand in line for him got into a scuffle with those he hired over the amount that he was paying them.

The Pasadena scuffles highlight a deep vein of consumerism and carry dark implications.

Enthusiasm for a top-of-the-line product from a company branded for its innovative thinking and quality products is understandable. But when the problem becomes about jealousy and aggravation, the standards shift. One may be able to understand how people may be willing to sacrifice their time and energy for the short-lived thrill of picking up a luxury item. But when the thrill becomes more of a feeling of “needing this luxury at all costs,” the human element is almost entirely lost.

While not an Apple user herself, Mostafa sympathizes with and understands the consumerist sense of need. “It’s about the thrill of being the first person with this [highly coveted] item,” she stated in an interview with JSR. “It puts you in a place of exclusivity.”

We saw something similarly appalling when in China, according to CNN, a teenager sold his kidney because he so desired an Apple product of his own. Our consumerist culture, based in part on a system of creating perceived obsolescence, is driving us to similarly ugly pictures of ourselves: a certain apathy towards one another, and even a sense of impatience and anger towards those vying for the same good that climaxes at the point when violence seems like a small thing.

Instead of undervaluing ourselves for the sake of status, as was the case with the Chinese teenager, we seem to be undervaluing those around us and becoming a bit too quick to elbow each other out of the way. And that’s just as harmful.

Perhaps the Pasadena incidents are isolated ones and shouldn’t be used to form a definite picture of ourselves. Certainly, the pugilists don’t represent a large number of us. But it is no small matter to be dismissed that, in a culture where consumerism runs so rampant, such incidents can occur over such a trivial thing.

“It doesn’t really matter,” Mostafa says. “There are more important things to life than the latest phone. We should keep that in mind [and not lose sight] of what’s actually important.”