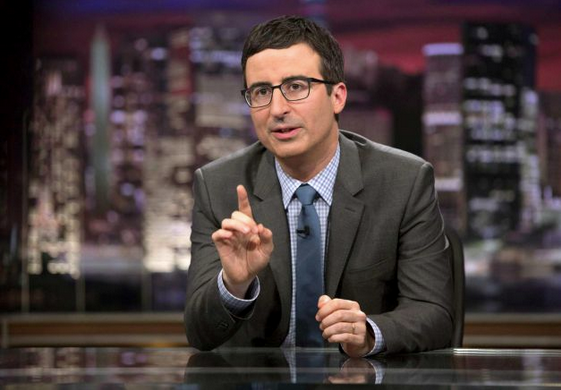 The Patriot Act is back in the public’s mind after an April 5 segment on John Oliver’s HBO show “Last Week Tonight” for which he traveled to Russia to discuss its implications with former National Security Agency (NSA) contractor Edward Snowden.

In the wake of the September 11, 2001 acts of terror, Congress passed a piece of legislation entitled the Patriot Act to provide law enforcement with new tools to detect and prevent terrorism. With a vote of 98-1 in the Senate and 357-66 in the House of Representatives, supporters from both parties pushed for the bill.

Yet many Congressional supporters were unsure of exactly how much power they were consigning to the federal government. Moreover, most Americans did not know about all the various powers granted by parts of the act until Snowden leaked several documents via the British newspaper The Guardian that revealed how a government data collection program called the Planning Tool for Resource Integration, Synchronization, and Management (PRISM) had forced several phone companies to hand over the data records of their millions of customers.

A large fraction of the backlash to the government surveillance of US citizens was specifically directed to Section 215 of the Patriot Act. According to NBC’s Chuck Todd, this “allows the government to require businesses to hand over records to any tangible things.”

Many critics say the act has been purposely misinterpreted for malicious goals, even if the original reasons for its formation were good. Oliver’s team included a clip of US Representative James Sensenbrenner, the principal author of the Patriot Act, stating that, “…no fair reading of the text would allow for this program…” in regards to PRISM and Section 215.

Congress is set to vote on a re-extension of Section 215 on June 1. Yet, with even the author of the law itself questioning its validity, it is time for the American people themselves to discuss its merits. Thus, Oliver’s crew detailed how, under the pretense of fighting terror, government agencies like the NSA could go through items as personal as explicit sexual messages sent between couples.

Anna Mae Grimm, a history teacher at Mequon, Wisconsin’s Homestead High School with over 30 years of teaching experience, agreed to speak on the matter with JSR.

She stated that while she acknowledges “the need to restrict full information in the interests of national security when [a country is] at war,” she finds fault that “currently we are at war with terrorism.”

As terrorism is a concept, not a physical, tangible warring nation, there is no true measure of marking defeat or victory in achieving America’s war mission. Therefore, with no clearly defined requirements for victory such as the surrender of an enemy, this type of war can go on forever.

She continued, “It is potentially a war that can go on indefinitely, and therefore [the government can] justify limiting the [right to privacy] indefinitely – and that, I have a problem with.”

Grimm’s viewpoint is quite common, as many have questioned the necessity of maintaining such a powerful security base in our country. According to a January 2014 article on Washington’s Blog, “60% of Americans value privacy over anti-terror protections.”

Not only is the government unlawfully impeding on the constitutional rights of its citizens, it is doing so against the wishes of the victims.

The question everyone must ask about Section 215 is whether it is worth the trouble. Is the information collected such a crux to national security that the US government has no choice but to collect it? If the answer is yes, then by all means the American public must come to terms with this necessary evil.

However, the answer is no. According to Spencer Ackerman’s Guardian article entitled “Obama Must Finally End NSA Phone Record Collection, Says Privacy Board,” the Privacy and Civil Liberties Oversight Board (PCLOB) found in a January 2014 report that the bulk phone records collection had not stopped terrorist attacks and had “limited value” in combatting terrorism more broadly. Despite the NSA effort’s repeated blessing by a secret surveillance court, the PCLOB considered the program illegal.

On June 1, Congress votes on an issue so impactful that it could forever change our definitions of privacy and security. The decision is clear: Americans must fight to take back our freedom, or risk losing it for good.