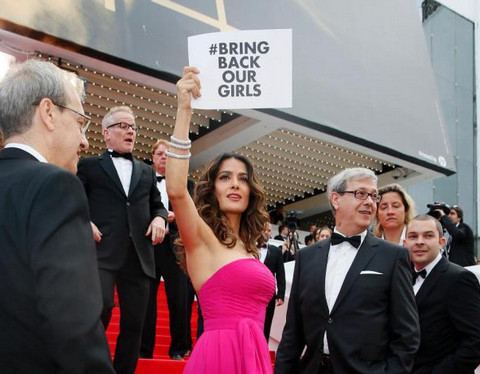 On popular social media forums like Facebook, Instagram, and Twitter, many users use hashtags – symbolized by a “#” symbol – to connect their postings to topics or trends. Some use these tags to raise awareness of important issues.

#PrayForBoston, for example, was meant to raise awareness of the 2013 Boston Marathon bombings, and just this past May, #YesAllWomen trended in response to the UCSB shootings. Similarly, a Nigerian official sparked the #BringBackOurGirls trend on April 23, 2014, which was the BBC says was tweeted over 3.3 million times as of mid-May.

The hashtag was inspired by the abduction of over 200 Nigerian school girls by a militant group called Boko Haram, an active and aggressive advocate of anti-Western education since 2009. At first, hundreds of #BringBackOurGirls tweets were being posted every second, with even famous figures like First Lady Michelle Obama, former Secretary of State Hillary Clinton, and international supermodel Cara Delevingne joining the movement.

The trend gained fame due to the millions of people who participated in the hashtag, and has gotten much positive media attention.

The advent of social media and more globalized communication, even through short and simple hashtags, has become established as a way for people to quickly become aware of significant happenings. However, these hashtags quickly fade after the initial wave of attention, and almost seem like fads. According to Policy Mic, Google Trends shows that the hashtag #BringBackOurGirls peaked in early May but quickly declined to almost no usage as of June 2014.

Hashtags allow people to become a part of a movement, and now the terrorist group Boko Haram is aware of the presence of the Western world’s hashtags. However, critics have argued that hashtag activism “gives Boko Haram a public relations boost” on the international stage. In addition, Americans constitute 26% of the users behind #BringBackOurGirls, even though the American government has little ability to act against Boko Haram. To some, this defeats the activists’ call to action.

Even the hashtag #YesAllWomen, designed to bring attention to what all women must fear from misogynistic men, peaked rapidly in May 2014 before declining just as rapidly, according to Google Trends. Perhaps with understandable reason, the American people might have stopped using #BringBackOurGirls because the conflict is so far removed and difficult to impact directly. However, #YesAllWomen is a direct, immediate, and very national cause that also visibly stopped trending.

Though awareness hashtags are well intentioned and do serve an initial purpose of informing netizens, they fail to captivate the public for an extended period of time.

Lorel Sim is a junior at West Ranch High School and a new addition to the JSR team. She invests most of her time reading textbooks, serving in Future Business Leaders of America, and watching PBS documentaries (although she also loves the Mission: Impossible series). Lorel hopes for a fantastic season of advocating for worthy causes and pursuing good stories.