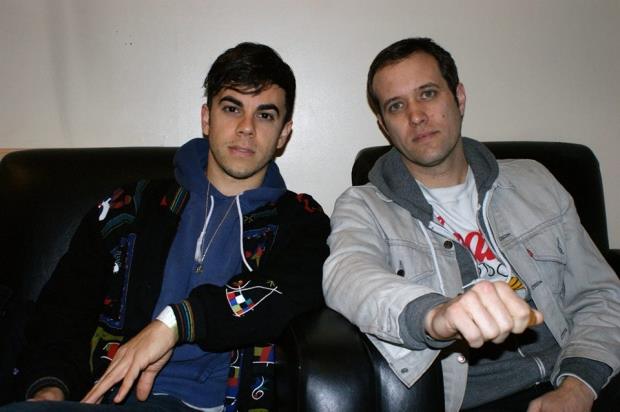 I have lived in Los Angeles my entire life with the exception of 2008, when my family decided to move to Korea on a whim. The decision was short-lived and I returned almost immediately after finishing second grade, but one year was enough for me to understand what it meant to be an American in Korea.

I didn’t experience any cultural shocks. In fact, Korea was just what I had expected – a forest of gray, vertical apartment buildings and spicy street food. I enjoyed being different from my classmates at the the English academy I was attending. Rather than teasing me for spelling no more than four words correctly on our weekly tests, the second graders that surrounded me were fascinated by how crisply I could pronounce the passages in our English textbook.

My desire to be different from my classmates has carried into my first year in high school at Harvard-Westlake School in Los Angeles. I have applied to be an ambassador for our school’s science program and signed up for programming classes, but I also feel obliged to counteract my stereotypically Korean interests by going to house parties and taking up cheerleading and softball. In doing this, I have tried to show that my identity is so much more than my ethnicity.

I know why I want to be uncategorized. There’s a rigid stereotype that comes with being Korean, and I want to defy the implications people draw from my ancestral background. If you are a Straight A student, you don’t wear shoes in the house, and your tongue actually likes the spiciness of kimchi, then you’re Korean. It’s used like an adjective with a set definition, but it’s so much deeper than just that.

Nonetheless, there are statistics that clearly support the stereotypes. Forty-two percent of all Asian Americans have at least a college degree, a percentage that surpasses all other ethnic groups in America. The culture of ambition and hard work in Korea is demonstrated by a study done by the Organization for Economic Cooperation and Development (OECD); the average Korean spends 2163 hours a year working compared to United States workers’ average of 1789 hours. Korean attitudes toward education are shown through the ₩18.6 trillion spent on private education in 2013. Likewise, my parents’ firm values and the weight they place on education have been great influences in my life.

I attend a private school that is predominately Caucasian, one in which Korean-Americans are a minority. Yet, my ethnicity does not alienate me or make me feel different from the rest of the student body. If anything, I feel like I am contributing to the diversity of culture and ethnicity that makes up the community.

For this article, I decided to investigate if someone at a predominantly Korean high school was having a similar experience. Are some students still marked apart for being “too Korean?” Or, is there decreased significance and an increased ambiguity of the Korean stereotype?

I was greeted by a buttery smell and a haze of smoke from burning charcoal as I walked into the gogi restaurant to conduct my interview. I sat in a booth illuminated in soft yellow by a low-hanging light, and a tall lanky boy sat across from me. He began by listing his order in fluid Korean, not even pausing slightly while spewing words like “chadolbaegi” and “daechang.”

When the waitress came with a platter of thin slices of meat, colored a vibrant red and curled up at the edges, Young Ji picked up metal tongs and began placing the slices on a grill.

By living in Koreatown, where Korean Americans make up over 20% of the population, Ji has been able to experience the whole of Korean popular culture. He can easily pick out the restaurants that serve the best quality gogi. He is also no stranger to the network of streets that crisscross Koreatown or the Metro routes that run through the city like capillary veins.

He is also familiar with the Korean stereotype; during our interview, he summed it up as “having parents who are constantly gossiping about other students’ grades, seeing everyone in school as competition, and not being able to drive.”

However, Young Ji thinks his high school, which is predominantly Korean and located on the edge of Koreatown, is an exception to having students labeled as “stereotypically Korean.”

“It’s a little different at our school. A lot of the kids take classes for SAT and take several honors courses, so technically they would fit the idea of a stereotypical Korean student,” Ji stated. “But that kind of stereotype doesn’t really mean anything, since most of the student body is Korean already.”

He was also quick to note that even though Korean American students make up the majority of the student body, there is not much academic competition at his school.

“You would think that because there are so many Korean students, the academic competition would be very intense,” said Ji. “But it’s usually the case that, when someone does well on a test, classmates are sincerely happy for him instead of feeling the need to outperform him.”

Like many of his classmates, but unlike me, Young Ji told me that he has never felt the need to conform to or challenge the Korean stereotype.

“I act like I’m stupid when I actually care about my future – but this isn’t me purposefully trying to not be ‘Korean,’ it’s just me being lazy and not acting upon the potential that some teachers tell me I have,” he said.

Although he believes himself to not fit the widely-held image of a stereotypical Korean, Ji says that his ethnicity is still an integral part of his identity.

“Being Korean is important because it has shaped who I’ve become and will shape who I will be in the future. Adjusting to the Korean culture at home, and then transitioning to the [the more American] environment [of school] is a daily procedure for me, and something that I’ve grown used to,” Ji told me.

He continued, “Ethnicity is important and all, but there are also so many other ways that I identify myself. Basketball is a big part of who I am, and so is the responsibility of being a role model for my younger brother.”

As it approached three in the afternoon and we finished several platters of chadolbaegi, the line of people waiting to be seated grew past the glass doors of the restaurant. The waitress, eager to clear a table, shuffled back and forth and offered to give us our check whenever there was a conversational lull.

Still unhurried, I asked Young Ji about the puzzle pieces make up his identity. It became evident that family is central to his life.

“My mom is one person that I don’t ever want to disappoint,” he said, nonchalantly cutting samgyeopsal into smaller pieces before placing them on my plate. “She’s someone who invests more energy, time, and love into my life than anyone else, and I know that and I appreciate that. So I prioritize her happiness, and I guess that’s the most important aspect of my identity.”

Talking with Young Ji helped me to clarify the concept of identity. Trying to define oneself can be elusive, and rather straightforward elements such as one’s ethnicity and heritage may serve as starting points. Yet, identity branches into many more aspects of one’s life; for Young Ji, being Korean American and having familial love are not compromised by his passion for an “American” sport.

As for me, ethnicity is inarguably a big part of my identity. Being fluent in Korean means that I can hold onto a part of my heritage, regardless of where I live. It means that I belong in more than one place and that I have made a home out of another country. The culture’s emphasis on humility constantly reminds me to blush before graciously accepting a compliment. Sometimes, my mom makes ddukbokki for my sister and me late at night. The dish evokes the street vendors of Seoul, where she grew up with her brother.

But my identity is also shaped by all the places I’ve lived and all the people I have grown to love. It is the result of collecting experiences and filtering the essence of them over time.

There is a white house on Gramercy Place, one with six front steps leading up to the porch and a backyard lined with small clusters of red flowers. The persimmon tree and the coffee table resting under its shade were reserved for Saturdays, and the cool cement of the driveway was for late nights when I needed inspiration to finish writing assignments for class. I would put my laptop on a stool and sit on the driveway with a fleece blanket over my back, enjoying how the silence settled on top of my shoulders. I knew that house and I loved it.

And I’ve grown to love my sister, even though she wears my shirts and never puts them back, my friend and mentor Juliet, and the boy living next door who threw too many basketballs over the fence. They and countless others have molded my thoughts and mindset about life and, more importantly, have helped me form an identity.

I am Korean American, a violinist, a science enthusiast, not a pious churchgoer but still a believer in a God, a rookie softball player, and an avid fan of the band Electric Guest. I push the curfew sometimes and I try to find a healthy balance between spending Friday nights with friends and studying for Biology exams. Identity is multifaceted, and ethnicity is only one aspect of it.