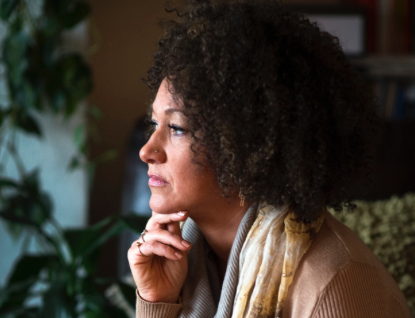 Gender identity has been an issue that has received a lot of attention in the media, especially recently with transgender former Olympian Bruce Jenner’s announcement that she identifies as a woman and would be transitioning to Caitlyn Jenner. Coincidentally, a similar situation with identity has also been brought up with Rachel Dolezal, a white woman, who identifies herself as a black woman.

Although both news were met with controversy, Dolezal’s case was met with more criticisms than Jenner’s – and rightfully so.

Even though both situations have to do with identity, the struggles these public figures are experiencing are completely different. As a transgender person, Jenner faces challenges in which she has to conform to society despite feeling differently from her sex. She is faced with both internal and external conflicts. While the same argument can be applied to Dolezal’s racial conflict, the cases are not exactly the same.

People Magazine published an article in which psychologist Derald Wing Sue voiced the differences between transracial and transgender identity.

“Caitlyn Jenner is not identifying with being a woman because of the upbringing and cultural conditioning. Most people who are transgender, [when they are] as early as 4 or 5, believe already at some level that they are a child born with the wrong anatomy. I don’t see this [with Dolezal],” explained Sue.

Another flaw in such a comparison is the way Dolezal speaks about her racial identity. She talks about black issues and even boldly claims to be a victim of hate crimes all while changing her physical appearance with the highly controversial blackface, a type of theatrical makeup used by performers to represent a non-black person. She attempts to express struggles that she cannot ever understand and even contributes to those issues with her use of blackface. Although she says she’s “transracial,” she even receives privilege as a white woman. In a country where the historic majority is white, she has not faced as much discrimination over her life as members of the race she wants to join.

Emily Allan, a senior attending Whitney High School who is also involved in its Gay-Straight Alliance club, told JSR, “The problem is pretending like she knows what it is like to be black. She has gotten paid for talks on black oppression and white privilege but she has no idea what it is like to be apart or grow up being oppressed.”

“She was actually gaining from white privilege,” Allan continued. “Real black men and women who have real stories have been getting pushed aside from showing their real knowledge of oppression. So it isn’t so much a matter of who they believe they are on the inside, but what Dolezal does with that, that bothers me.”

During an interview with NBC’s Savannah Guthrie, Dolezal even claimed that she cried when she heard about Jenner and felt that Jenner’s story resonates with her situation. However, Dolezal should not be able to relate so closely with Jenner because the two issues of identity are simply not the same.

Transgender people are stuck with feelings that cannot be taken away. Dolezal simply puts on makeup, but that does not cover up the benefits she receives as a white women. While Jenner permanently became a woman, Dolezal can simply switch who she wants to be at any time, a luxury unavailable to minorities. A black person dressed as a white person will not give the former the benefits of the latter, and vice-versa. Nor are the benefits and struggles stripped away just by putting on makeup.