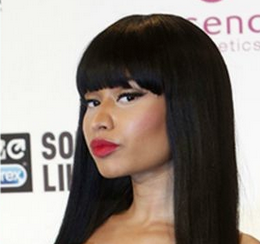 On July 21, influential musicians Nicki Minaj and Taylor Swift confronted each other on Twitter in what became a viral controversy concerning the MTV Video Music Awards (VMAs). Yet underneath the superficial surface of celebrity gossip, Minaj was articulating a relevant point about racism in the media.

Before the disagreement, Minaj had been tweeting about the VMAs and how her video for “Anaconda” had not been nominated for Video of the Year. According to the female rapper, one of the reasons was that her video celebrated thicker body types and the confidence of black women, who rarely get recognized for their accomplishments.

“When the ‘other’ girls drop a video that breaks records and impacts culture, they get that nomination,” tweeted Minaj. “If your video celebrates women with very slim bodies, you will be nominated for video of the year. Black women influence pop culture so much but are rarely rewarded for it.”

Shortly after, Swift confronted Minaj, saying, “I’ve done nothing but love and support you. It’s unlike you to pit women against each other. Maybe one of the men took your slot.”

Although Minaj clarified that she had intended to criticize the racial disparity in the VMAs nominations, Swift viewed the issue from a feminist perspective – as one woman unnecessarily attacking the accomplishments of another. One value commonly espoused by feminists is that, rather than fighting each other, women should band together against the patriarchal nature of society.

The disagreement cultivated a heated debate on social media with trending hashtags like #TeamNicki and #TeamTaylor. Although media outlets were eager to dramatize the confrontation, Swift promptly posted an apology tweet and Minaj readily forgave the singer. Others, however, are not as ready to move on with the issue.

“Swift acted unnecessarily self-important and played the victim immediately because she assumed Minaj was talking about her,” said Anny Huynh, a junior at Evergreen Valley High School, in an interview with JSR. “After she had apologized to Minaj, Minaj was basically forced to accept Swift’s apology because if she didn’t (seeing as Minaj was in the right and didn’t shade anyone), she would be labeled as the Angry Black Woman stereotype.”

Huynh added, “Nicki Minaj’s statements had truth to them– she’s definitely correct that there’s a gap between white women and women of color– black women specifically when it comes to music and that the industry rewards white musicians for what black musicians started.”

In numerous cases, black artists failed to gain as much recognition for their work as white artists such as the Beastie Boys, Eminem, and now Iggy Azalea and Miley Cyrus have risen in popularity for musical and fashion statements appropriated from the black community. Although she was misunderstood at first, Minaj was only criticizing the racist aspects of the media.

“The whole thing says so much more about the media than it does about Nicki Minaj or Taylor Swift. Since Nicki was making a point about racism in the industry, it’s really disgusting how the media completely glossed over her point in order to frame the whole thing like ‘two female artists have it out’,” said Mel Morgan, a student at the University of Washington, in an interview with JSR.