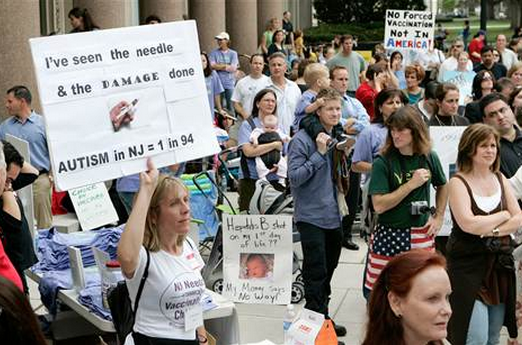 These past months, the Center for Disease Control (CDC) has reported the greatest number of measles patients in America since the disease’s “elimination” from the United States in 2000. A growing number of parents have chosen not to vaccinate their children, compromising the health of their children and that of others around them.

In January, more than 100 cases of measles across fourteen states have been reported in America according to the CDC’s National Center for Immunizations and Respiratory Diseases. Though the United States has had a relatively low count for measles patients in comparison to countries like Germany and France, reports from 2014 and the beginning of 2015 have shown a dramatic increase.

A main cause of these cases is a surge in the number of unvaccinated residents, especially children. Despite state laws requiring children entering kindergarten to receive certain vaccinations, some parents seek a variety of exemptions and excuses to bend the rules. This is because they harbor irrational fears based on personal beliefs that vaccines are not as effective as they are harmful. Additionally, many of these parents believe that even if they do not vaccinate their children, the large population of those who are vaccinated will create a buffer of “herd immunity” that will protect their kids.

Though most of these parents do not doubt the efficacy of the vaccines, they think the vaccines can have adverse effects on their children’s health that outweigh their benefits. An article on CNN’s website titled “The unvaccinated, by the numbers” presents statistics relating to unvaccinated people and the reasoning behind their decisions. According to the article, a study published by Public Health Reports shows that 63% of parents who delay or refuse to vaccinate their children believe vaccines may have unhealthy effects, and 57% of these parents also believe vaccines have a connection to autism.

In an interview, Amy Hur, a biomedical research scientist, told JSR, “Claims that vaccines can cause certain diseases such as polio or autism are fallacious and have no scientific backing. Parents who choose not to vaccinate their children for this reason are mistaken in their decision and will only increase the likelihood that their children will get sick.”

A study conducted in 1998 by Andrew Wakefield suggesting that the vaccine for measles, mumps, and rubella (MMR) causes autism was debunked and retracted when it was revealed that he had forged patients’ data. Wakefield has since had his medical license revoked and no other “evidence” has ever been presented that vaccines cause autism. Yet, parents still seem to harbor paranoia about vaccines, and this paranoia has contributed to the growing measles epidemic across America.

Whatever their intentions, it is essential that parents learn to differentiate between legitimate danger and bogus risk. Otherwise, children may be exposed to severe health risks and make their peers vulnerable to disease.

Hur encourages parents to “consider the real risk that comes with not vaccinating your child. At its worst, a vaccination may cause your child to cry at the sight of a needle. When you examine the long-term significance of the preventative measure, it is worth it.”

Indeed, vaccination is an incredible gift given to people by the discoveries of science, and to refuse its benefits is a foolish and unreasonable decision. The recent outbreak of measles should act as a catalyst for parents to take care to prevent their child from falling ill, and if it doesn’t, it will only continue to grow.