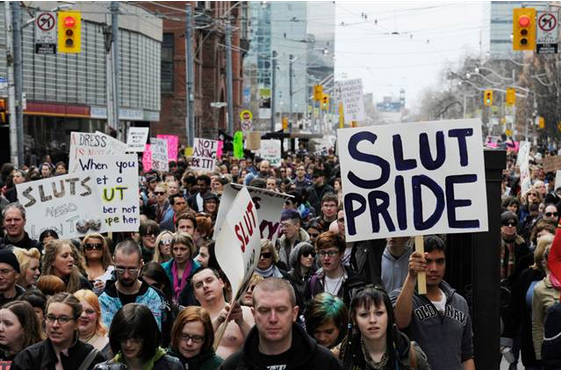 According to the Rape Abuse and Incest National Network (RAINN), there are an average of 237,868 cases of sexual assault each year. However, around 60 percent of sexual assaults are not reported to police. Many of these assaults, both reported and unreported, take place on college campuses.

Indeed, our society still has much to learn about victimization and rape culture.

This May, Texas State District Judge Jeanine Howard made news for sentencing Sir Young, a 20-year-old man who in 2011 pled guilty to raping a 14-year-old victim, to probation rather than time in prison. After learning that the victim had been sexually active in the past and had texted Young before the rape with messages the judge deemed provocative, Howard said, “She wasn’t the victim she claimed to be. He is not your typical sex offender.”

The victim, now 17 years old, told The Dallas Morning News, “It would have been better for me not to say anything.”

In court, victims of rape are asked what they were wearing and if they were drinking. Rape claims are often dismissed, and blame is placed on victims. When individuals deviate from expected behavior, fingers are pointed at them and they are made culpable for injustices that have been brought upon them.

According to Mary Adkins of the Atlantic, cultural connotations attached to rape victims deter victims from reporting assaults. The current trend of rape desensitization is creating an unwillingness of individuals to speak out in fear of what happens after receiving “victim status.”

In her article “The Misguided Definition of Rape as ‘Force,'” Adkins argues that consent itself is a hard-to-define concept due to the fear of physical violence, and she tells the story of a friend who was killed while resisting a rape. She also describes incidents from her own teenage years in which she was assaulted but chose not to resist or even consider the assaults “rape” because she did not want to invite stigmatization.

“Resist and risk becoming a victim, another statistic, a person who spends the next 10 years paying $150 to $200 a week to a therapist to… attempt to understand the heinous ribbon of emotions it unfurled so that she can finally move on,” she writes.

This year, victims’ advocates have been drawing attention to the issue of sexual assault on college campuses. Specifically, a report released from the White House found that one in five women is sexually assaulted while in college but only 12 percent of assaults are reported.

In a recent column for the Washington Post, George Will claims that some student rape accusations are mixed with the “equities from the ambiguities of the hookup culture, this cocktail of hormones, alcohol and the faux sophistication of today’s prolonged adolescence of especially privileged young adults.”

Will, a 73-year-old man who attended college in the 1960s and who has never given any public indication of having first-hand experience with sexual assault, continues by saying that being a sexual assault victim is “a coveted status that confers privileges.”

Will’s misconceptions are harmful, as they degrade and downplay the serious emotional trauma and harm caused by sexual assault.

“I am strongly against schools that hide their rape incidents. I personally would hate to represent a school that dismissed a case believing ‘it was the hook up culture,’” said incoming San Francisco State University freshman Linda Nguyen in an interview with JSR.

She continued, “[Schools and people like Will] have no right to assume that [an assault] would not be ‘rape’ because [hookup culture] seems ‘normal’ nowadays.”

“Honestly speaking, I am a bit scared of campus rape. Since I’m pretty sure the school either can’t or won’t protect me and I’ll be with new people…, so I really wouldn’t know who to trust,” said Christina Seo, an upcoming senior at Los Angeles High School, in an interview with JSR.

“A lot of people soften and sometimes ignore the concept of campus rapes because they aren’t really exposed to it,” said upcoming freshman at San Francisco State University Saeromy Bak to JSR, “especially because the victims don’t want all the attention on them, and the campus or the authorities don’t want to expose… such bad behavior.”

Fortunately, there are two bills working their way through Congress to address sexual assault on campus: the Survivor Outreach and Support Campus Act (SOS Act) and the Bipartisan Campus Accountability and Safety Act. Co-authored by US Senator Barbara Boxer (D-CA) and Representative Susan Davis (D-CA), the SOS Act will require schools to have a private agent who works separately from the educational institution and sides with the victims under all circumstances.

While our state’s representatives in the federal government are making progressive efforts in addressing the serious issue of rape culture, rape culture will not be reversed without the willingness of individuals to reemphasize the significance of sexual assault. Rape culture grows when individuals grow blind to the injustice of assault.

Sexual assault is not exciting. It should not be dismissed as part of a “hook-up culture,” and the apathy about and shaming of rape victims must end with our obligation to social justice and compassion for one another.