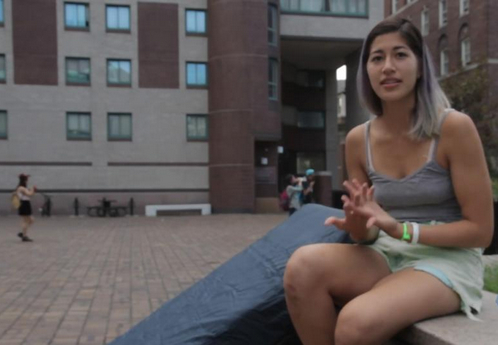 A mattress has become a symbol of the frustrated silence of rape survivors across the country after Emma Sulkowicz, a 21-year-old senior at Columbia University, began bringing her mattress to each of her classes and stating that this performance would continue until a fellow student who had assaulted her was expelled from school.

Yet, this protest against the college’s sexual harassment policy did not begin with Sulkowicz. In April, 23 Columbia students signed three different complaints about the violation of three different laws. One of them, Title IX, is the national policy against discrimination on the basis of sex in education.

In response to the call for change, a policy was implemented in the months before the new semester that places the university simply in line with federal policies but does nothing more. The students formerly in place as hearing panel judges will be replaced by actual administrators, while students who have been found responsible for sexual misconduct and still allowed to stay on campus will have to complete an education course about sexual assault.

Yet while Columbia and other elite colleges have begun to address this problem, these changes are not enough. Allowing a student to remain on campus despite sexual assault is not only lenient but also insulting to survivors who may see their rapists on campus.

Moreover, the university has shut out protesters from the process altogether, canceling meetings to discuss the policies.

“It’s been extremely frustrating,” said Zoe Ridolfi-Starr, lead complainant against Columbia, to the Huffington Post. “I can’t wrap my mind around what they could possibly be thinking. I can’t imagine what they think is getting better by continuing to ignore us.”

Despite comments from Columbia’s spokesman about not reviewing the policy during the summer months, students received no warnings about the process. Ironically, the new policy asks for help from students in making comments to administrators during potential cases in the future.

“We were explicitly told there would not be a policy review over the summer, even as we asked to be involved in conversations over the summer,” said Sejal Singh, a Columbia senior, to Huffington Post.

Shutting out students from the process echoes the problem that sparked the protest in the first place. Inadequate note-taking that delayed sexual assault cases for up to 20 months was part of the process that mistreated victims with information that was undocumented or even fabricated. Victims were not allowed to give written personal statements, as with the case of two women who accused the same man in separate cases even though the assailant was given the chance to make a statement.

“I entered the process knowing it wouldn’t be easy, but I thought it would be hard for different reasons,” said one of the students to Huffington Post. “I went to the university because I thought they would be able to help. It was clear… my efforts hadn’t done anything. I started to question why I went through this effort in the first place.”

Her assailant was not found responsible of sexual misconduct.

“I think girls, now more than ever, will stay silent about rape. The social stigma around it, which is really perpetuated by men, says that rape is shameful, especially if you report it,” said a victim of assault, who requested to stay anonymous, in an interview with JSR.

“Instead of empathizing with the victim, we’ve started empathizing with the ‘ruined’ life of the rapist. This is especially true if it’s a young man, a student,” she continued. “They say that ‘boys will be boys,’ as if that excuses anything. Isn’t it clear how that’s so blatantly wrong? The shoddy investigation taking place everywhere for thousands of victims is a result of this mindset. And that is why girls stop talking about rape.”

Columbia University is recognized as one of the nation’s top schools. To find that the school’s administrators have been part of the shameful treatment of rape victims and the inadequate response to protests is disheartening, and indicates that a dangerous mindset is becoming the norm.

We entrust these schools with our next generation of leaders. Stopping violence against women must start here, and Columbia must review their policies with the aid of the protesters who know the frustrated silence that victims suffer after assaults.

“I find myself actively looking up the policies of places of employment. After I graduated, I couldn’t deal with staying silent again. I’ve rejected offers from companies that fulfilled many of my career goals, simply because [they] didn’t feel safe,” the anonymous victim continued.

“This is the reality we live in,” she said. “There needs to be change.”