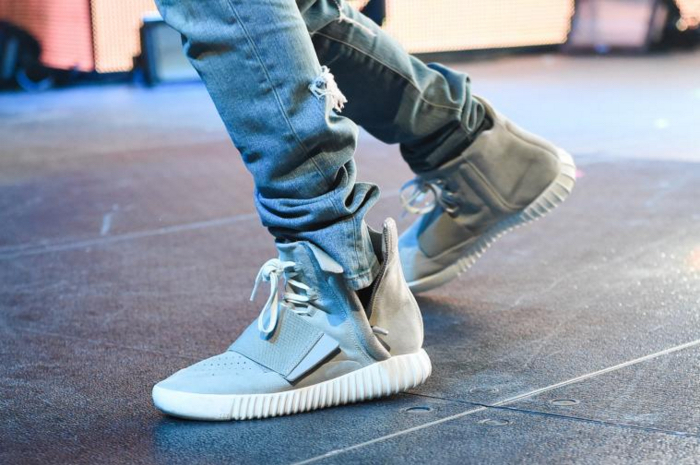 Sneaker culture is characterized by hobbyists who collect, trade, or prize specialty sneakers.

As the industry grows, “sneakerheads” hunt more exclusive and rare sneakers. Thus, the exclusiveness of the shoe often determines the market price of the product. This simple rule of supply-and-demand is the dual-edged sword of sneaker culture: the culture values exclusive shoes, but the hunt for rare sneakers often promotes absurd price tags for popular sneakers. Sneaker culture is an example of conspicuous consumption: the purchase of items for the purpose of showing status and wealth rather than for their function.

People can take this trend too far, as I personally learned on the second week of September when I stayed up until midnight in order to purchase Drake’s Air Jordan X Retro OVO shoes for their suggested retail price of $225. From early May, I was totally obsessed with the shoes, which were undoubtedly among the most sought-after sneakers of the year. One of the most attractive features of the shoes was the exclusiveness, as less than 9,000 units were produced.

When midnight struck, however, the Nike website crashed. The shoes immediately sold out before I could even click the checkout button, and the shoes are now sold in eBay for more than $1,300.

The underlying rationale of exclusive sneakers and their price tags is brutally straightforward. Only a small fraction of the current price is the actual value of the shoes. Thus, when people purchase the shoe at the current market price they are mainly paying for the exclusiveness and the status of the sneakers. Since I personally prefer to exclude the “hype value,” or the extra cost of exclusiveness, I desperately attempted to purchase the OVOs for their retail rate. Indeed, I was naturally attracted to the OVOs mainly because not everyone could buy them after the initial release.

Ben Koss, a Fayetteville-Manlius High School junior who has spent more than $2,000 on sneakers, told JSR that sneaker culture is “defined by rarity, which drives the price. The Air Foamposite One Paranorman is [in my opinion] one of the ugliest shoes in the market. But you can’t even get one for $3,000 because Nike only made 800 of them. The Nike Dunk High FLOM was sold for $10,000 because Nike made exactly 24 units in 2005.”

Koss continued, “Adidas’ Yeezy Boost 750, 350, and the upcoming 950 all sell for three or four times their retail prices because of the rarity. If Adidas kept making the Yeezy lineup, do you really think the shoes would resell for the insane price?”

Sneaker culture is an excellent depiction of conspicuous consumption, a term coined in 1899 by economist and sociologist Thorstein Veblen that describes many luxury industries. Consumers justify the absurd price tags on the rarest sneakers with a rather straightforward rationale: they are willing to pay for exclusivity.

I don’t need the OVOs. In fact, I already own more than ten pairs of sneakers. Yet I have craved the OVOs because they are a symbol of status and wealth. When I tried to buy them online, I knew they were extremely limited and would be worth a fortune after the stock sold out. If not for the allure of imagining my peers admiring the OVOs on my feet, I wouldn’t have attempted to buy the shoes for half the retail price.

After more consideration, I’ve begun to wonder about the value of conspicuous consumption. Perhaps status symbols aren’t the best ways to spend our resources.

A fair analogy can be found between Donald Trump and Warren Buffett. Trump clearly prefers expensive price tags, and according to New York Daily News he lives in a three-level, 24-carat gold and diamond accented penthouse modeled on the French royalty’s Palace of Versailles. He owns more than twelve fabulous, highly exclusive homes, and has properties in Florida, Virginia, and California.

On the other hand, according to Time, Buffett resides in an Omaha home he bought in 1958 for $31,500. According to his neighbors, he favors frugality, has a distaste for luxurious technology and cars, and frequently enjoys generic McDonald’s hamburgers and cherry Coke. Yet Buffett is far richer than Trump, and has pledged to donate 83% of his fortune to help the Bill & Melinda Gates Foundation reduce poverty while enhancing education and healthcare globally.

Will Trump, who clearly enjoys bigger price tags, be remembered for his great status and wealth? History suggests that Buffett, like forebears including John D. Rockefeller, will be revered for longer.

Rockefeller was one of the most well-known business magnates of the early 20th century. He donated much of his life earnings to great causes, and the New York Times says that Rockefeller gifted a total of more than $500 million – somewhere around $170 billion in today’s dollars – to earn his title as “the father of modern philanthropy.” He was also known for his frugality; instead of spending his immense fortune on personal symbols of wealth and status, he earned generations-worth of respect and left a colossal legacy. Though many of Rockefeller’s business practices were controversial in his time, his legacy as a philanthropist is primarily what endures in our popular culture.

Next time we indulge in conspicuous consumption, we must ask ourselves: are these symbols of status and wealth worth their great expense, or are we merely wasting money for temporary self-satisfaction?