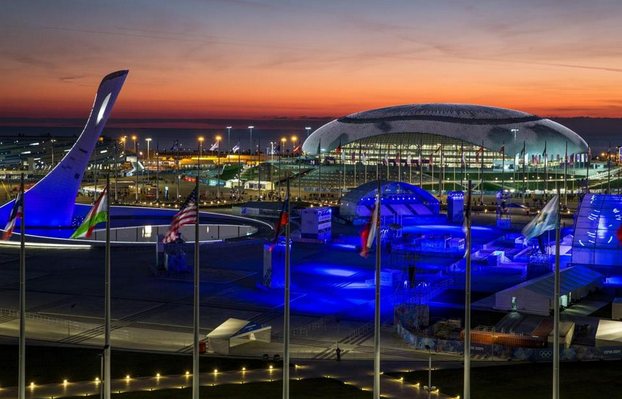 The government funds that Russia put into the 2014 Sochi Winter Olympics, which concluded last weekend, did not receive nearly the amount of media coverage that was given to Vladimir Putin’s anti-gay campaign or US skier Gus Kenworthy’s work to find homes for the more than 1,000 stray dogs in the host city. Yet the games were made possible by both funds and projects that should have gone towards treating poverty.

Media coverage regarding the questionable funding of the games has been skimpy considering that experts have pointed out that this is an opportunity for Russia to host the world on a grand stage and to focus on greater aspects of its modernization effort following the collapse of the Soviet Union in 1991.

Yet the Sochi Olympics cost Russia $50 billion and were the most expensive Olympic games in history. These funds were used towards the construction of multiple stadiums and rinks, in addition to athlete housing at the Olympic Village. Yet during the games, problems with the housing structures including a lack of clean running water were common enough for a Twitter account to emerge dedicated to “Sochi Problems.”

Additionally, Human Rights Watch (HRW) has reported on Russia’s failure to respect basic human rights by relocating thousands of families to prepare for the games. In unsuccessful court complaints, many citizens have claimed that the government provided minimal compensation for some lucky families while refusing to register others as residents in order to avoid providing compensation once they were relocated.

Wealth-X International reports that 18 million Russian civilians live below the poverty line. According to reports by oDRussia, a website that promotes human rights, Russia continues to remain a neophyte in developing global markets and high economic growth through consumerism due to poor distribution of wealth and low incomes for the working class.

Regardless of what the rest of the world saw on the televised coverage of the games, those living next to the Olympic venues did not receive the full compensation that they deserved for their homes being demolished to make way for the rest of the world. What meaning does a facade of progress and wealth have when civilians and the migrant workers putting together the Olympics are violated in a manner that contradicts the Olympic Charter’s expectation that the games will foster “a peaceful society concerned with the preservation of human dignity?”

It is quite possible that the Sochi games would welcome new income with the influx of tourism and international interest. Yet Natalia Orlova, an economist at Alfa Bank, has said that Putin’s effort to fish for new international investments through the $50 billion Sochi Olympics have proved unsuccessful.

“The bad surprise is that we thought the Olympics preparation would help, at least in the first quarter of this year,” said Orlova in an interview for a Reuters report. “But a seven percent decline [in investments] completely kills this expectation.”

Russia was clearly not ready to host the world and should have budgeted the $50 billion dollars that went into the Olympic transformation of Sochi to provide for its greater population. Had Pyeongchang or Salzburg won the bid for the 2014 Winter Olympics, perhaps a few more Russians may have had plumbing and toilets instead of the dilapidated outhouses seen in reporter Simon Ostrovsky’s visit to the neighborhood surrounding the Olympic Village.