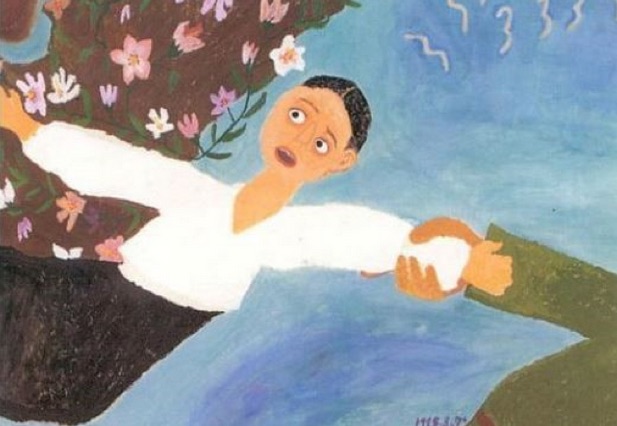 In an official statement on Friday, August 14, Japanese prime minister Shinzo Abe expressed “profound grief” over his nation’s actions during the Second World War. CNN reports that Kim Young-woo, a spokesperson for the ruling Saenuri party in South Korea, has responded by asking for more direct apology and stating that “It’s regrettable that he mentioned the comfort women issue in a rather indirect way.”

The term “comfort women” refers to a group of women in countries occupied by Japan, including Korea, who were forced to serve as sex slaves for Japanese soldiers. The soldiers victimized women from many nations in Asia and the Pacific Islands, with estimates of victims ranging from the Asian Women’s Fund’s estimate of 20,000 to sociologist Hua-Lun Huang’s estimate of over 300,000. These women suffered horrors, and many were killed or deserted in foreign lands.

After the Japanese regime ended, very few victims were able to return home and many who did were shamed and had trouble finding work and bearing children. In the 1990s, members of the Japanese government acknowledged the comfort women and apologized. However, many believe Japan owes a more formal apology, as well as reparations, to the women.

Today, only 47 officially-recorded Korean victims are still alive, and Korea’s government has argued that Japan is responsible for helping these remaining victims. Many of these comfort women are still fighting to earn an official apology from the Japanese government, and since 1992 have held protests every Wednesday in front of the Embassy of Japan in Korea.

In an interview with JSR, former comfort woman Kim Buk Dong said, ”I waited a long time for August 15th, Korean Independence Day, but I am still heartbroken with the fact that the Japanese government still did not mention a proper apology to pay for their past actions.”

“The prime minister of Japan only apologized about creating World War II,” Kim explained, “not to the young girls that were sacrificed. Yet Japan still claims that they made a proper apology.”

Time is running out. In the past year, eight comfort women have died. It is up to us to pay attention to this issue and continue fighting for a proper apology for the forever-scarred lives of young girls before they are forgotten as a part of the past.

Sarah Cheon is a reporter who attends the Dwight School in Korea.