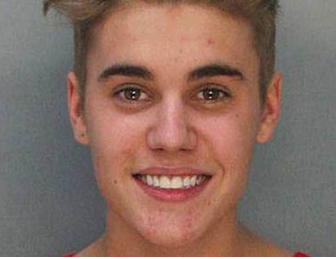 Students favored Bieber’s deportation by a slight majority of 54-46%.

Gina Park, a junior at Santa Margarita Catholic High and supporter of the petition to remove Bieber from the US, commented, “He takes everything for granted and treats his fans very disrespectfully.”

However, the singer’s defenders were more likely to leave comments on the survey to explain their reasoning.

According to Lorel Sim, a junior at West Ranch High School, “Justin Bieber brings a lot of revenue… to America. He has kept a lot of his fans’ support, so most of [the revenue] would just be deflected to Canada or wherever else he decides to live.”

Sydney Chang, a West Ranch sophomore, said, “He hasn’t been acting very appropriately but I don’t think it’s to the extent that he is a threat to people’s safety. Think about the even more dangerous effects when Bieber does get deported: angry fans screaming and rebelling in front of the White House, the escape of numerous teenagers to bring back Bieber from Canada… Would deporting Justin Bieber in the midst of this chaos really bring peace?”

“There are so many other pop stars in the US that is far worse than Justin Bieber,” stated Buckley School freshman Christina Lee. “Deporting him is a bit over the line.”

Although those students don’t support the petition, each of them also noted in their comments that they are not fans of the pop idol. Eddie Kim, a Valencia High junior, echoed this sentiment when he recommended an alternative punishment for the singer.

“Justin Bieber has made some major mistakes that aren’t redeemable… [but] deporting him won’t really solve anything,” wrote Kim. “I think that Justin Bieber should serve time in prison for the offenses he has committed to prove that even celebrities must still be law-abiding citizens. If he wishes to stay in America he should be tried like [an American.]”