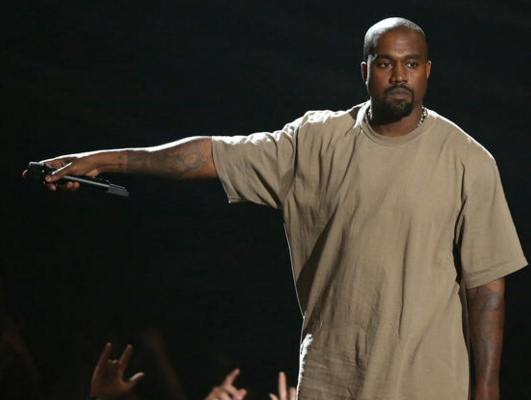 Presidential politics is becoming a joke, and that may put our nation’s future in danger.

As the hype surrounding the 2016 presidential election sweeps the nation, some people are taking this excitement even further. Tabloid mainstays such as Kanye West – also known as “Yeezus” and “Konman” – and Lindsay Lohan have publicly announced their plans to enter the 2020 election. While many have dismissed these statements as silly, these “joke candidates” aren’t so far removed from the reality of 2016.

I remember I almost spit out my orange juice when West revealed to the entire nation his plans to run for president at MTV’s Video Music Awards on August 30. I shook my head and scoffed at the musician’s audacity. When West confirmed his decision to run during an interview, I was speechless.

“I hate politics. I’m not a politician at all. I care about the truth and I just care about human beings,” West told Vanity Fair.

Though I applaud West for his honesty, he doesn’t seem to grasp the importance of the presidential figure at all. Being president requires more than compassion and genuineness. It requires experience and a strong mentality.

Most of our presidents had political occupations prior to election. Former presidents such as John Kennedy, Richard Nixon, and Barack Obama were senators before they came to the White House. Nixon, Theodore and Franklin Roosevelt, Jimmy Carter, Ronald Reagan, and Bill Clinton were also governors of their respective states, while presidents such as George HW Bush, Lyndon Johnson, and Harry Truman served in the vice presidency before ascending to the top of the executive branch.

Only one president since the 19th century hasn’t come to the Oval Office with political experience. That was Dwight Eisenhower, the five-star general who qualified himself by acting as Supreme Commander of the Allied Forces in Europe during the Second World War.

Even without people like West in contention, many have complained that 2016 Republican candidates such as Ben Carson and Donald Trump are not competent in terms of political experience.

Carson has constantly advertised his impressive resume as a neurosurgeon, but his policies have not been as impressive. The Republican candidate has addressed Planned Parenthood as a threat to black babies, claiming the nonprofit “controls that population” and comparing it to Nazi Germany. Recently, his own advisors have been quoted in the press disparaging his knowledge of foreign policy

Trump is the biggest joke of this nation. Holding onto his previous appearances as a television personality and investor, Trump has revealed outlandish statements on certain issues and stood firm with them. On the campaign trail, Trump has suggested a wall be built along the US-Mexico border to keep all illegal immigrants from crossing. The candidate has made derogatory and condescending remarks toward immigrants, and has recently been criticized for racist tweets and suggestions that the US create a registry of Muslims.

In the midst of these crazy campaigns, there has been a rising concern among high school students who will be able to vote in a presidential election for the first time on Tuesday, November 8, 2016.

“Trump for president was funny for a while, but now it’s just scary. He’s probably the most radical candidate America has seen in awhile,” stated Nicklaus Kim, a senior at West Ranch High School and possible voter.

“A lot of his ideas are not far away from being fascist,” Kim added.

The politics of our nation are changing faster than ever. As Carson and Trump demonstrate, the requirements for being considered a serious presidential candidate are different than they once were.

All natural-born citizens over the age of 35 have the freedom to run for president. Thus, we just will have to see if West and Lohan will truly run for president in 2020. Before they actually do, let us reflect and prepare for the chaos to come.