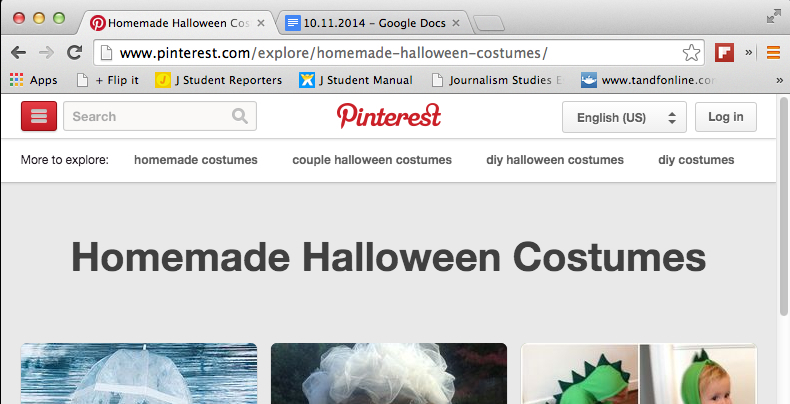 Visitors to the women’s sections of popular Halloween stores such as Spirit Halloween are flooded with racy costumes such as “Sexy Robin,” “Sexy Wednesday Addams,” “Racy Robin Hood,” and more. Most feature little covering and are basically festive lingerie. Even costumes directed to teenage girls come with short skirts and fishnet stockings.

Others are tactless, like “Anna Rexia,” a woman dressed as a skeleton from neck down with a tape measure around her waist and sold under the slogan, “You can never be too rich or too thin.”

However, as store-bought Halloween costumes become more racy and expensive over the years, people can turn to homemade, Do-It-Yourself (DIY) costumes as alternatives.

These costumes are usually a fraction of the price of store-bought ones, as most of them can be made from materials lying around the house. In fact, a simple rummage through the closet can turn up amazing finds. For example, a red-and-white striped sweater matched with a pair of circular glasses can transform people into the perennially lost Waldo, while a denim outfit and red bandana will land you in the shoes of Rosie the Riveter, an iconic feminist figure who stands for women’s rights and economic power.

“Personally, I don’t feel comfortable showing so much skin in public, especially not to the extent of the costumes you see at stores,” said Alissa Kim, a sophomore at Valencia High School (VHS), to JSR. “So I usually opt to just make my own since I save money and feel more comfortable.”

Many find DIY costumes appealing as they give the freedom of creativity, something that’s lacking when purchasing pre-made, packaged outfits. For those looking for help, a Google search will lead to thousands of ideas for homemade costumes.

“I prefer to make my own costumes because I believe [doing so] gives me the chance to create the character I really want to be,” said VHS senior Darla Bower, a fan of DIY clothing. “The costumes I find at stores aren’t really ‘me,’ and personally I find it disgusting that all the female costumes are so blatantly sexualized.”

Though many people think of Halloween as a festive night to let loose and transform into someone else through costumes, the recent trend in sexual costumes is not to everyone’s taste. Neither is the steep price tag, which usually is in the $40 range. Yet a homemade costume can be a fun, inexpensive alternative to buying one at a store.