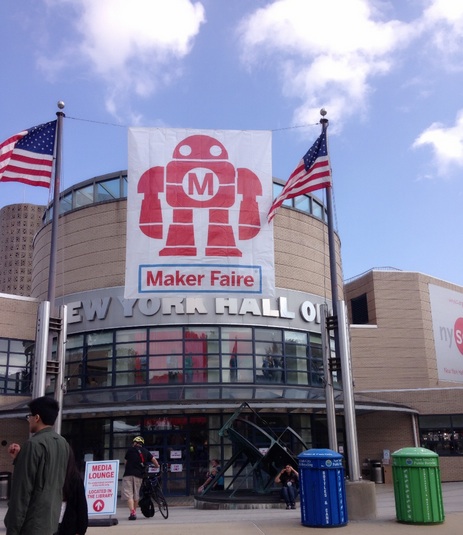 Makers, students, artisans, and tech enthusiasts came together to what was billed as “the Greatest Show and Tell on Earth:” the World Maker Faire at New York’s Hall of Science on September 20 and 21.

The 85,000 people who came to the two-day fair were of all ages, cultures, and backgrounds and were united by their joy of learning, excitement for hands-on education, and appreciation for the “Do It Yourself” (DIY) culture. Unique in both scale and mission, the World Maker Faire was created with the purpose of giving an outlet for people to showcase their ideas and welcomed over 700 makers with five themed zones. With dancing robots, flying drones, and 3D-printed jewelry pieces and race cars, the focus of the fair was on makers who are making the future by experimenting across the spectrum of engineering, art, science, and craft.

The event also included science demonstrations, workshops, lessons, and discussions about the future of technology. NASA’s Niki Werkheiser talked about the role of 3D printing in space exploration, and the grassroots community group E-Nable discussed how it pairs volunteer makers with medical patients that need cost-efficient 3D-printed hand or arm devices to be custom made for them. These kinds of discussions encouraged visitors to discover that anyone can be a maker who loves creating for the sake of creating.

When asked by JSR for her favorite part about the fair, high school student Sasha Lee said, “Just seeing all these different creations by people, especially [people of] my age, is amazing. It makes me think that maybe I could make something as well.”

“Look,” said a seven-year-old named Mike, who proudly displayed a wearable LED pin as he talked to JSR, “I can make stuff too!”

The event demonstrated that the “maker spirit” is still alive on the 50th anniversary of the 1964 World’s Fair, which was also held at the New York Hall of Science to showcase the most recent innovations of its time.