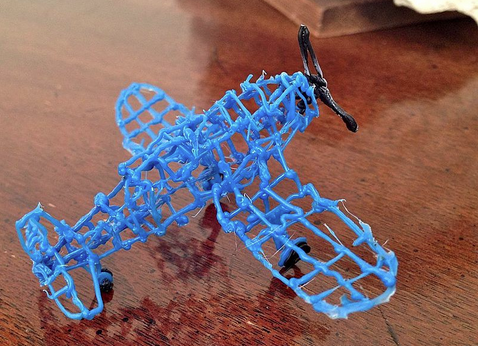 Imagination has turned into reality as the new 3Doodler, the world’s first “3D pen,” can now draw in air.

The 3Doodler works like a combination of a printer and pen. It ejects the “ink” by extruding heated plastic, known as polylactic acid (PLA), allowing users to build an infinite variety of shapes and objects before solidifying. Users can make structures and models, jewelry, pendants, hanging ornaments, fridge magnets and more. For beginners, the company also has printable stencils accessible online with sketches so people can easily trace and create structures such as the Eiffel Tower.

A group of high school students at the Stevenson School could not hide their surprise and interest when shown videos about the new invention.

Student Tiffany Jung commented, “I never knew we had 3D pens, but the 3Doodler seems to be a great opportunity to be creative and make cool stuff.”

Another student, Julia Ahn, agreed: “It’s simply amazing. I think it will great for kids and artists who are interested in making new things.”

However, Ahn said she won’t likely become a 3Doodler customer.

“I don’t think I will buy it because it seems kind of unnecessary and extravagant,” she told JSR.

A potential flaw in the 3Doodler is the price, which starts at $99 without accessories or color packs. However, the 3Doodler is still popular. According to the product’s website, thousands of people have reserved the updated 3Doodler 2.0 even before its official release.

Launched on Kickstarter, The 3Doodler 2.0 is redesigned to be more efficient, quieter, smaller, lighter, and sleeker than the original. The 3Doodler 2.0 successfully acquired 10,160 backers and earned $1,552,256 on the crowdfunding site, exceeding the original goal of $30,000 by almost 52 times.

Anyone interested in purchasing 3Doodler or even just curious about the product can go to the3doodler.com and learn more. Happy 3Doodling!