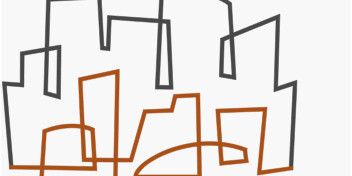 The Massachusetts Institute of Technology’s (MIT) Computer Science Artificial Intelligence Laboratory (CSAIL) has created a unique system of algorithms that can outperform humans on a variety of interpretation tests and tasks. Though computers have long outperformed humans in basic, repetitive tasks like calculation, CSAIL is creating computers that have beaten humans in more complex tasks.

An October 16 report entitled “Automating Big Data,” CSAIL researchers detailed how their system had beaten 615 of 906 human teams in a data analysis challenge. Tasks, like interpreting large collections of raw data, that took months for some human teams took between two and 12 hours for the algorithm.

The creation of this new machine-learning technology may revolutionize both the education and the employment sector. Computers have traditionally taken the role of measuring, outputting, and calculating data, while human operators normally interpret the data to generate results.

Andy Hou, a junior at Whitney High School with aspirations in biology and computer science, told JSR, “I see immediate applications in the medicine field. Normally what happens in a doctor’s office is the instruments measure and output the raw data, and it is up to the doctor to determine the cause of the problem and the solution.”

“Education would be significantly affected, too,” continued Hou. “Historically, the advent of new technologies has shifted the focus of the field. The calculator puts less emphasis on computation. The computer put less emphasis on memorization. What will this system do?”

Many occupations based in science and mathematics could benefit from these systems. Results that would normally take a live doctor hours, days, and weeks to analyze could be done with a machine. In this, MIT’s new system could be used to quickly and reliably complete complex tasks.

The introduction of MIT’s algorithms could overturn many educational focuses. The Common Core standards, recently implemented in 42 states, emphasize abstract analysis and conceptual interpretation over memorization and computation. Now that CSAIL’s systems automate analysis and intuition, that focus may change.