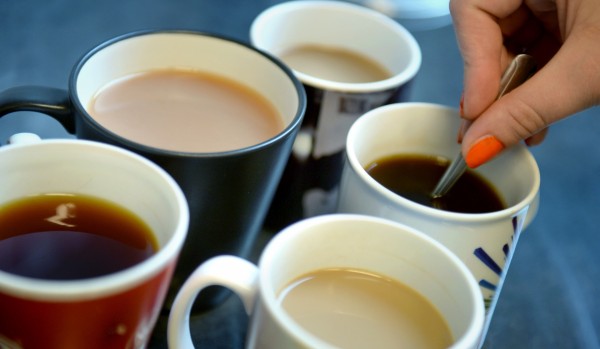 According to recent studies, three to five cups of coffee a day may lower the risk of heart disease – an exciting finding for coffee aficionados.

A recent South Korean study, published in the journal Heart, analyzed 25,000 South Koreans with an average age of 41 and found that one in ten had visible calcium deposits in their arteries. The people with the highest levels of coronary artery calcium (CAC) generally had less than one cup or more than five cups of coffee a day.

Experts are hesitant to say that the study conclusively proves that drinking coffee leads to reductions in health risks. But although the researchers cautioned that results are “based on a sample of relatively healthy, young middle-aged, educated Koreans, and might not be generalisable to other populations,” coffee drinkers interviewed by JSR were happy about the findings.

“I think that there is some kind of stigma [based on the perception] that coffee is really bad for you, so I am glad more studies are starting to disprove that,” North Hollywood High School sophomore Kelly Shin said to JSR.

“I think the right solution is that you should drink [coffee] moderately,” Susan Lee said to JSR. “I will continue to drink three cups of coffee a day.”

Though moderate consumption may be okay, too much coffee can in fact increase blood pressure and cholesterol levels, according to Guardian Liberty Voice. Coffee also may have a negative effect on pregnant women, according to a Norwegian study that connected coffee drinking coffee to the birth of babies with a low birth weight.