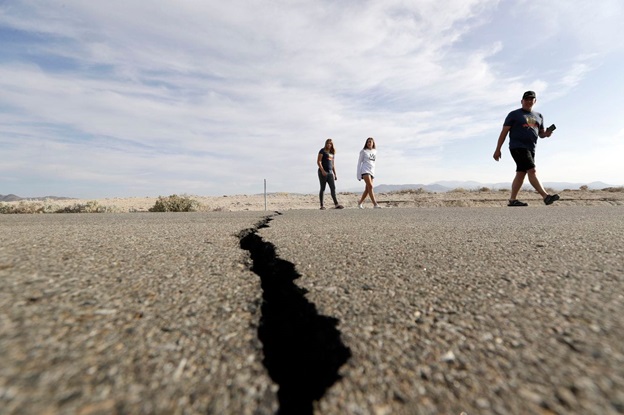 For many Californians, Independence Day was only a harbinger.

The 6.4 earthquake that struck on July 4 served as a frightening shock to the residents of the nearby town of Ridgecrest, home to about 28,000 people. But other Southern Californians were just as spooked, many of whom have long been anticipating a quake far beyond any in the region’s recent history.

Indeed, Southern California has long been associated with earthquake fears: The San Andreas fault, which runs for 750 miles throughout the entirety of the state, has in particular been the subject of numerous predictions, warnings, and even one blockbuster Hollywood movie. A large reason for these fears has to do with the fact that the southern part of the San Andreas fault is 300 years overdue for a major earthquake.   Known colloquially as the “Big One”, it is anticipated to be an earthquake that would approach or surpass the scale of the 7.9 San Francisco earthquake in 1902.

Naturally, Southern Californians experienced some panic over the July 4 earthquake – panic that paled in comparison to that surrounding the much stronger 7.1 earthquake that struck Ridgecrest only a day later. It seemed – and for many, still seems – that the “Big One” was just around the corner.

These fears are in part correct – but no more informed than they would’ve been only days before the recent string of July earthquakes.

Still, the threat of an actual San Andreas earthquake hasn’t gone away – it just hasn’t been worsened. And such an earthquake would still have massive ramifications, as much of the danger of a megaquake on the San Andreas fault stems from the fact that it’s in close proximity to massively populated areas such as Los Angeles. Not to mention that it would be 10 times stronger than that of the July 5 earthquake, which additionally struck a remote area about 11 miles from Ridgecrest.

According to the researchers behind the earthquake simulation “The ShakeOut Scenario”, the “Big One” would theoretically kill up to 2,000 people and cost 200 billion dollars in property damage. As many as 50,000 people would be injured, some due to the hundreds of fires that would break out across cities, many of them unable to be put out due to disabled water systems. In fact, such key aspects of infrastructure – a category that also includes electricity, sewage systems, roads – would be likely be out for as long as a year.

And if researchers are correct, all of this could be happening as soon as right now – or as far in the future as a hundred years from now. Nobody knows, and that’s part of why July 4 and 5 were so worrying for Californians.

So, for the sake of safety, it’s probably best to start getting prepared.