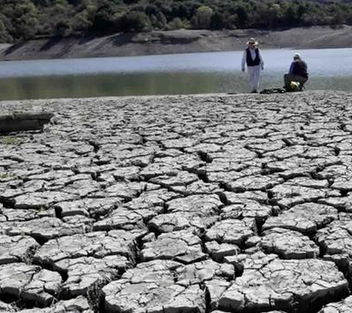 Several scientists say the upcoming El Niño, a weather pattern predicted to start this winter or spring, may be one of the strongest El Niños on record.

El Niño is a weather phenomenon in which warming changes in the Pacific Ocean create drastic weather patterns. During El Niño, the wind that normally carries warm water to Australia and Indonesia from South America slows or halts, making the temperatures rise across the ocean. In Southern California, this can lead to unusually wet winters.

Jamie Chang, a 43-year-old woman who experienced the El Niño in California in 1997, told JSR, “One thing I remember [is that there] was a big storm, and I even got a call from my friend [saying that] they had to leave the area because it was so bad. I’m worried how bad this one will be.”

Yet “Bruce Lee” – as the upcoming El Niño has been nicknamed – may also relieve the major drought California is going through. There are no predictions specifically how much rain that Southern California will get, but previous El Niños have brought a large amount of rainfall. In fact, the 1997 El Niño brought double the average rainfall to Downtown LA.

However, current studies and findings show that El Niño won’t completely solve the drought. Continuous rainfall over several years is needed, due to the drought’s severity, and much of the rain in Southern California will be lost due to the lack of reservoirs in that region.

Whatever the case, people should prepare for the weather phenomenon.