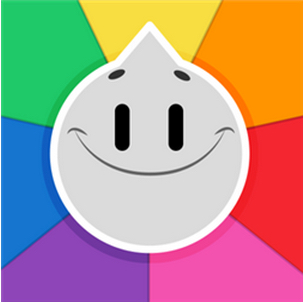 According to a Flurry Analytics report from the fourth quarter of 2014, people now spend more time using smartphones than watching television and visiting the web. Much of this time is spent on gaming applications.

From Angry Birds to Crossy Road to Trivia Crack, gaming apps have been very popular. According to Google, “Flappy Bird” – a smartphone game – was the fifth most-searched term in the US and sixth globally in 2014. The big influence of this phenomenon on society has inspired mixed opinions.

Teenagers of today live much differently than teenagers from past generations, and some have claimed that developments in technology have resulted in less social interaction and more distractions.

“I think gaming apps are relaxing, but they generally seem harmful for kids and teens because they get distracted from their other tasks,” Eilene Oyama, a teacher at Gretchen Whitney High School (WHS), explained to JSR.

“[Before recent advances in technology,] people more often entertained themselves outdoors and communicated directly with each other. I believe people will develop less social skills and have decreased attention spans in the future,” Oyama added.

Yet gaming apps also have benefits. For example, people are able to more conveniently entertain themselves when waiting to be seated at restaurants. Games may improve their puzzle-solving skills. There has also been an increase in educational games for younger children.

Moreover, these apps have niches in business and allow opportunities for ambitious designers with unknown ideas for the future.

“While it is true that exposing children to gaming apps at such a young age will make it easier to be addicted, many games today are very beneficial, whether it be for educational or recreational purposes. As our dependency on technology increases, it would be wise to have the future generations learn the gadgets that they themselves will be surrounded with in the future and I believe that gaming apps [can be] a great medium for this purpose,” explained WHS junior Antoniette Aubrey Yee Jabat.

Jabat continued, “I don’t believe the growing amount of gaming apps is a sign for a worse future. It is just a sign of new changes and development in our society.”