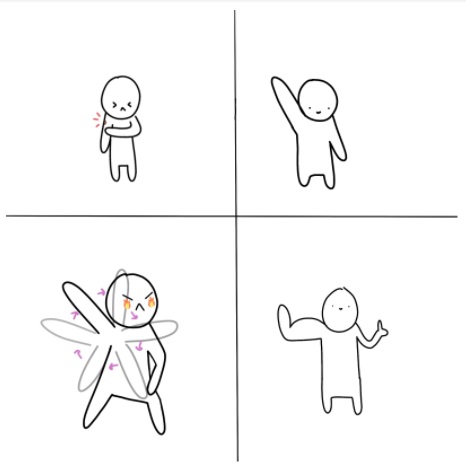 With more people becoming vaccinated and COVID rates falling, many people are considering the vaccine. Some may be skeptical about getting the shot because of the side effects, but I can assure you that getting vaccinated is worth it all.

Before I received my first dose of the vaccine on May 21st, my best friend received hers. She told me that the shot itself hurt a lot, so I was a little nervous about it. I was taken aback when I received the shot. It was completely painless. I’m not sure if it’s because I have a high pain tolerance, but it wasn’t until I asked my mother how she felt after getting her shot. She replied, “Your dad and I were so shocked at how painless the shot was. We thought it would hurt but we didn’t even feel it.” That was my same reaction as well. It felt as though a mosquito had landed on me. I went around and asked the rest of my family members how much the shot hurt on a scale of one to ten. My sister and grandmother both said that the pain of the vaccine was a 0 out of 10.

The majority of the people I asked said the pain of the initial vaccine was painless, however, the responses I got when I asked about the side effects were drastically different. My sister reported that the pain in her sore arm was a 7.5 out 10 after the shot, but she did not experience any other side effects. My grandmother rated the pain of the aftereffects as an 8 on a scale of 10 for her first dose and a 5 for her second dose. Surprisingly, the CDC stated that the side effects for the second dose would be more severe, but this is not always the case. My grandmother claimed that for about a week, her entire body ached, especially her knees, but only during the week of the first dose. She didn’t have any body aches after her second vaccine.

The CDC states that possible side effects are pain, redness, and swelling on the arm where you got the shot. Throughout the rest of your body, the CDC states that you could experience tiredness, headaches, muscle pain, chills, fever, and nausea. The CDC also states that to get rid of the symptoms you should use or exercise your arm and drink plenty of fluids.

Personally, I found that moving my arm a lot after getting the shot helped reduce the soreness in my arm the next day. I saw a TikTok hack that said if you spin your arm in a clockwise circle, it will not be sore. I put that hack to the test, and to my surprise, it worked. I tried to move my arm as much as possible throughout the day, and whenever I remembered, I would spin my arm. I woke up the next morning with very little pain, sure, it was a little sore at first, but it went away throughout the day. My sister on the other hand, didn’t move her arm as much and woke up the next day with her arm aching badly.

For anyone getting the vaccine, Know that the shot itself is not bad, but the side effects after can make you sore. It is because of this I highly recommend the TikTok hack to anyone getting their COVID vaccine!