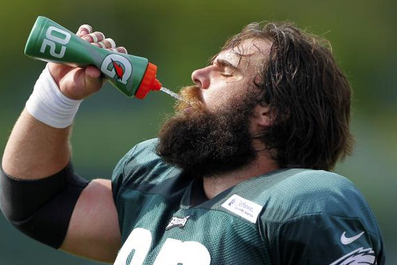 2015 is on track to be the hottest year on record, and the US National Oceanic and Atmospheric Administration has announced that July of this year was the hottest month recorded since the organization began keeping records in 1880. The sweltering heat should be a reminder to stay not only cool but hydrated.

For many years, we’ve all heard from health experts, doctors, and even our parents that staying hydrated is important for living healthily. Each day we lose water through various ways and for the body to function properly, we must replenish the water supply by drinking water or other beverages. We’re promised increased energy, better skin, improved mood, and deeper sleep.

But how much water should we drink each day?

It’s a simple question with no exact answer. Studies have produced varying recommendations over the years, but in truth, a person’s water needs depend on many factors, including health, level of activity, and location. However, It is recommended by the researchers in Mayo Clinic that average adult men drink 13 cups (3 liters) of water and adult women drink 9 cups (2.2 liters) of water a day.

Dehydration can be one of the most serious health consequences caused by both hot weather and lack of water, which can happen when more fluids are expelled than ingested. This interrupts the body’s ability to function normally. Symptoms including extreme fussiness, fever, muscle cramps, dry mouth, and in serious cases, delirium or unconsciousness can be caused by dehydration. According to Mayo Clinic, “a common cause of dehydration includes exercise, especially in hot weather.”

“I drink about two to three cups of water everyday. But during my tennis matches, I tend to drink around three-quarters of a gallon of water. If I am not hydrated, it becomes hard to focus in the intense heat. In order to stay hydrated, I like to eat fruits such as watermelons or strawberries. They have a lot of water in them, so it can be an alternative [to water],” said Joan Kim, a senior and a varsity athlete at West Ranch High School, in an interview with JSR.

Kim’s method of eating fruits is wise because, as concluded by a study conducted by the University of Aberdeen Medical School and reported in the Daily Mail, “water-rich fruit and vegetables act like a two-in-one meal and drink, providing the mineral salts, natural sugars, amino acids and vitamins that are lost in exercise.”

Even when not exercising, Kim told JSR, she makes a point to stay hydrated.

“When I am working on my desk doing school work,” she said, “I like to keep a huge container of water next to me so that I can drink it if I am thirsty. Sometimes, I am too lazy to go downstairs to get water, so this is a good way to keep me on track.”

Sarah Yoon, a senior at West Ranch High School, discovered the negative consequences of not being hydrated.

“I didn’t drink a lot of water in general even when I was swimming in the team because it was just a bad habit of mine. And I tend to mistake thirst for hunger and would eat and gain weight. I fainted from lack of water as an athlete two times, which is really bad, and I know I should have fixed my bad habit the first time but I just thought it was a one time thing in my life,” Yoon told JSR.

“Ever since then, I’ve been drinking around two bottles of water every day if not ever other day,” she added.

We should all make it a priority to hydrate our bodies and carefully monitor any symptoms that can be caused by dehydration. Although water is the best thing to drink, fruits and vegetables are also very helpful in providing minerals and sugar to our body. Drinking water and staying hydrated would enrich our daily lives and help us become healthier and feel more energetic.