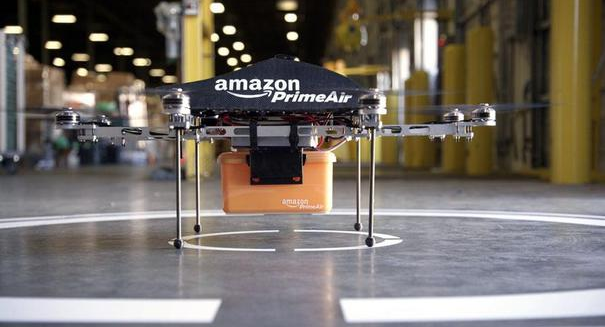 For Amazon.com’s Chief Executive Officer Jeff Bezos, nothing seems to be impossible. According to a CBS interview with Bezos in late 2013, it may not be too long before we see delivery drones heading our way, owned by one of the most prominent business organizations today.

Indeed, Amazon has grown exponentially from its initial humble beginnings in 1994. Since 1997, its stock has increased by almost 26,500 percent. With separate retail websites for 13 countries like the United States, Germany, and Mexico, Amazon is the number one online retail store worldwide. Two decades after starting as a small online bookstore, Amazon offers a plethora of features that adds to its competitive edge.

Bezos shook the business world with his announcement that Amazon is currently developing a delivery drone. These drones would make Amazon the direct actors in delivery, decreasing issues that could occur due to third party delivery services and threatening the traditional shipping industry. A site on Amazon says that Amazon PrimeAir, as the service will be called, is not science fiction and will be available as early as 2015.

Some local students have expressed their concern over the prospect of shipping drones.

“Sure, personal drones are undeniably amazing – the mere potential for such devices is a solid testament to our quickly advancing society,” said junior at Granada Hills Charter High School Enoch Koo.

“Nonetheless,” Koo said, “I don’t like the idea of the mechanization of society.”

Tech Crunch listed three major problems with the delivery drones: technical limitations, privacy concerns, and fallibility. With areas of dense population, developers are attempting to decrease potential setbacks, such as the possibility of crashes in densely populated areas. Indeed, prior to the Amazon drone idea, through the Federal Aviation Administration (FAA) Congress issued the FAA Reauthorization Act of 2012 to settle legal issues with an estimated amount of 30,000 humming dones by 2020.

Critics argue that the Amazon Air drones may cause even more liability issues. In PC Mag, John C. Dvorak called shipping drones “an obvious public hazard. Car accidents everywhere, cattle would stampede, flying saucer cranks would freak out, civil aviation would be endangered, dogs would bark, birds eviscerated in mid-flight, packages would be delivered to the wrong house, shrubbery would be chopped up, pets would be decapitated, fingers snapped off, eyes would be put out. I could go on.”

Yet its hard to tell what this will mean for the future of business. Amazon is progressively becoming a larger and larger figure in the business world and has already taken much business from retail stores like eBay, Target, and Wal-Mart. While it may take a while to see such inventions take place, Amazon’s promotion of innovations like delivery drones is notable for its ingenuity and boldness.