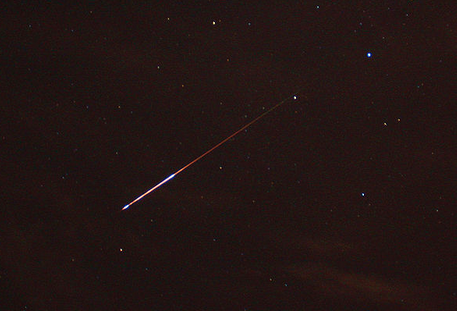 Every year, meteors associated with Comet Swift-Tuttle shoot across the sky from the constellation Perseus, thus the name Perseids. This year, however, there was more than one thing that shrouded the shooting stars.

Some factors that obscured Perseids this year can be attributed to more than lack of interest—a supermoon happened to occur during the same time the shower was beginning to peak around August 13, remaining the same level of brightness throughout the climax of the meteor shower.

However, in other years the shower is also disregarded though there are no concealing factors like that. Though renowned, the Perseids’ occurrence is not an event that is heavily celebrated like other yearly events.

Yet Suzy Suh, a senior at Sonora High School and a meteor shower enthusiast, thinks that watching the showers was worthwhile.

“It was an incredibly thought-provoking experience about my existence. Watching the meteor shower made all my problems seem very small,” said Suh to JSR. “I’m the only one in my group of friends who watches meteor showers and it’s sad how people don’t really care about meteor showers.”

“I realized that my tiny anxieties were absolutely trivial while watching the meteor shower. [It was] like everything just came to a pause,” Suh continued. “It’s almost depressing that so many are that engrossed in their own fast-paced lives that this phenomenon is just ignored background noise.”

“I think it’s primarily due to a lack of information and understanding regarding the spectacle,” said Hafsah Lakhany, another senior at Sonora.

“I also think that they aren’t as popular because most people like to dwell on negative things in the news,” Browne added, “[but] I personally find them interesting and beautiful. We live in the city, however, so we also don’t see many stars either.”

Though the hourly rate of meteors can exceed 100 in some years, factors such as light pollution and cloudy weather can diminish the view in many places. In order to properly view meteor showers, patience is essential– it is not likely for viewers to see a “shooting star” within the first thirty minutes of watching.

In 2014, 14 meteor showers have been predicted, with almost half of the year’s activity taking place during the final two months of the year. According to the American Meteor Society, the mid-December Geminids shower will likely be the most visible shower of the year.

Joy Cho is a senior at Sonora High School and a new participant with JSR.