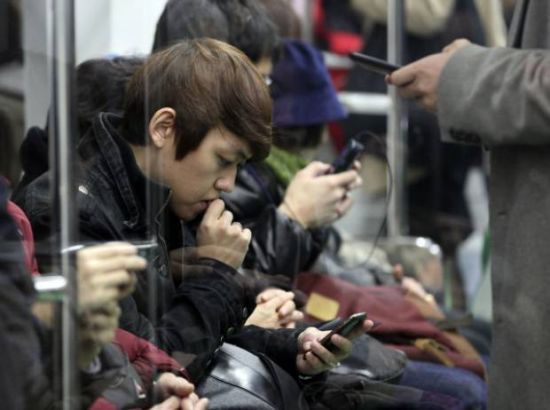 Until about a decade ago, the idea of carrying a hand-sized computer seemed modern and fantastic. However, in today’s society, smartphones can be seen everywhere and are involved in almost every part of our daily lives. Yet there are some students who seem to be “regressing” by switching from smartphones to more basic phones.

As the overall market penetration of the devices has increased, smartphones are now being distributed to people of younger ages. According to research done by the Korean Information Society Development Institute, smartphone usage amongst children and teenagers increased from 19.2% in 2011 to 89.8% in 2014.

In the United States, it is hard to find teenagers that do not own smartphones. The Pew Research Center’s Teen Relationships Survey shows that nearly 75% of teens have access to or own a smartphone, while 30% have phones that do not have the additional features of smartphones. Many teens are easily influenced by new trends, as smartphones are upgraded and new models come to the market. Many upgrade their smartphones for better designs, functions, or even just to keep up with their peers.

Despite all the convenience and enjoyment smartphones brought, the excessive use of them should be avoided.

Thus, in South Korea there is a new trend amongst students who believe that spending too much time on phones and other high-tech gadgets has a “toxic” impact on their academics. In their pursuit of getting into prestigious colleges, more and more students decide to give up their smartphones to concentrate in their studies.

In a JSR survey of 92 Korean high schools students who switched to basic phones, only six of them answered that their parents were the ones who made the decision; others claimed that they had made the choice to regress. Almost 97% answered that they changed their phones simply to concentrate more on their studies. Other reasons cited were “expensive rates,” “smartphone addiction,” or simply because they “miss using a basic phone.”

“I switched my phone from a smartphone to a flip phone a few weeks ago,” said Irene Huang in an interview with JSR.

“Now, I got to spend more time doing more valuable things, such as playing badminton with my sister or reading books, rather than staring in the screen for hours,” she stated. “I’m very satisfied with my decision.”

“I decided to get a basic phone when I entered high school,” said Yebin Lee, a first year student in Changhyun High School, in an interview with JSR.

“I sometimes miss using chatting apps and accessing the Internet whenever I want,” she said, “however, I think I made a good decision overall. It really helps me concentrate in my studies, rather than goofing around spending time inefficiently.”