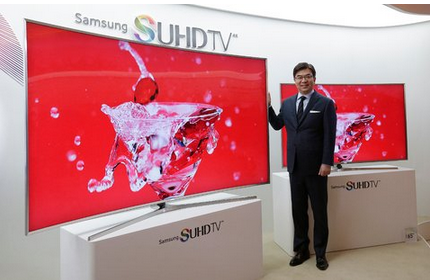 Recent controversy has emerged due to questions about whether Samsung’s smart TV could listen to people’s conversations.

An uproar occurred when some users noticed in the voice recognition section of Samsung’s privacy policy that the company’s TVs could “capture and transmit to a third party through use of voice recognition” words in front of the TV, according to the OC Register.

“I thought it was weird how some people randomly noticed such information in the private policy,” Los Angeles Center for Enriched Studies (LACES) senior Sera Lim said. “I would have just skipped past it, which makes me think that we should look at the policies more carefully in case some companies would slip in something important.”

In response to the uproar, Samsung updated the private policy to that Samsung only shared the audio data it captured with a speech recognition provider, not with advertisers. In a blog post, the company said it “takes consumer privacy very seriously.”

Yet of the Samsung Smart TV have expressed feelings of violation.

“Honestly, it is kind of scary that a TV could do that, not to mention a violation of my privacy,” Susan Lee, an owner of a Samsung Smart TV, said to JSR. “I think I will read privacy policies more carefully next time.”

However, Lee added that she would not return the Samsung Smart TV.

“Although I’m not sure about the other voice features, I think I will just disable the voice recognition like Samsung said I could,” Lee said.

However, Samsung’s TVs are not the only devices that can listen in to people.

Google Voice Search, an extension part of Google Chrome, has a built-in feature called “always-listening voice search” that sends a little of people’s conversations before and after they say “Ok Google” to Google. Amazon has also stated that it may share people’s voice information with third party services to specifically “fulfill your requests.”

Yet, according to a survey conducted by True Ultimate Standards Everywhere (TRUSTe), 79% of consumers are concerned about the idea of their personal data being collected through smart devices.

“It is not right for companies to be violating our privacy,” sophomore at Van Nuys Esther Choe said to JSR. “It is just especially worse if they deceptively hide such information from us.”

“This may be an exaggeration but I can’t really trust much devices anymore,” junior at The Buckley School Deniz Gaberz-Mah said to JSR. “I try not to buy as much technology anymore, but we can’t do anything much more because technology became a necessity in our lives.”