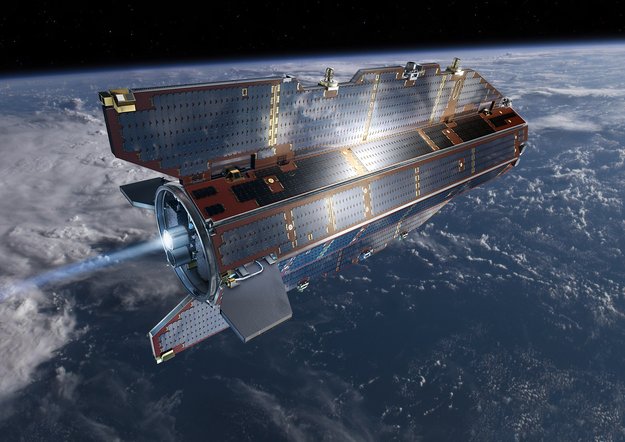 The European Space Agency (ESA)’s Gravity Field and Ocean Circulation Explorer (GOCE) satellite fell harmlessly into the Atlantic Ocean near the Falkland Islands at about 4 pm PST on Nov. 10.

Manufactured by Thales Alenia Space, a French-Italian aerospace company, GOCE launched in March 2009 for the purpose of mapping Earth’s gravity while gaining a better understanding of ocean currents and changes in the planet’s gravitational field. ESA initially scheduled GOCE’s mission for 20 months, but it lasted well over four years.

GOCE’s mission was terminated on October 24 after the satellite’s propulsion system depleted its supply of Xenon, the noble gas that it had used for fuel. Much of the nearly 2500 pound satellite disintegrated while entering the Earth’s atmosphere, but some debris reached the Earth’s surface.

According to David Choi, Space Operations Mission Director of an aerospace company in southern California, the drop was not that significant. “The media often sensationalizes falling space debris,” Choi said in an interview with JSR. “The fact of the matter is that debris falls from space every single day.”

Choi also added, “The timing of GOCE was impeccable. It probably gained more popularity due to the success of the movie Gravity.”

Though every satellite that orbits Earth will eventually return to Earth, no humans have ever been injured due to falling satellite debris. When NASA’s seven ton Upper Atmosphere Research Satellite made headlines in September 2011 for reentering the Earth’s atmosphere, Mark Matney, a scientist in the Orbital Debris Program Office at NASA, explained that the chances of actually being hit by space debris at one in several trillion.