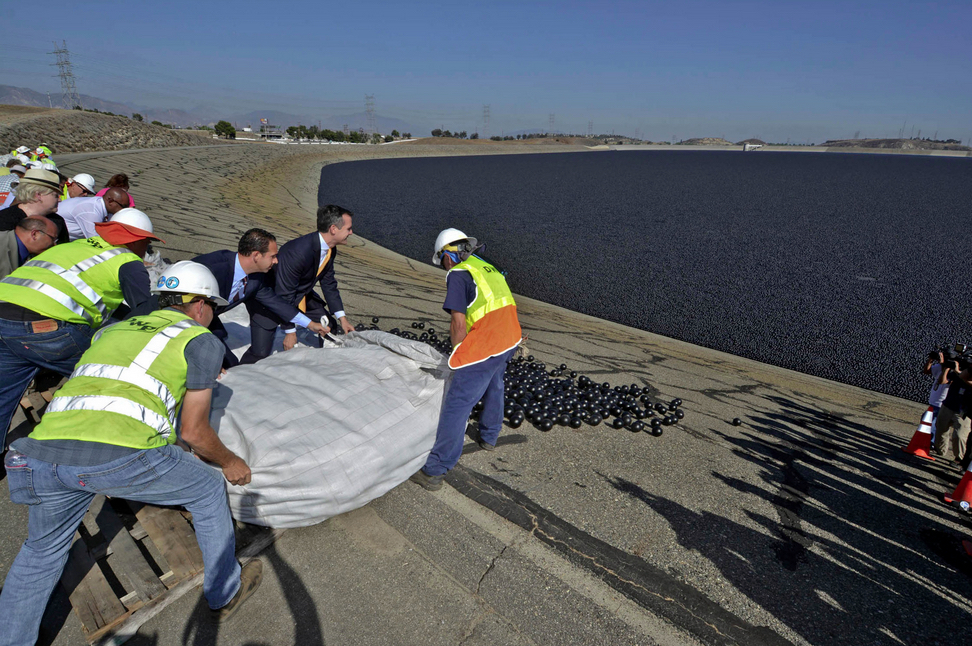 In the midst of California’s record-setting drought, Los Angeles has been in the news lately for its employment of black plastic balls, similar to those that a child might play with, to save the hundreds of millions of gallons of that are lost annually due to evaporation.

The shade balls, which cost only 36 cents to make, prevent litter and algae from accumulating in our fresh water storage facilities. They also protect against ultraviolet light, due to their black color, without releasing any toxins or chemicals. Part of a $34.5 million initiative to protect our water, the balls are a cost-saving alternative to bisecting the reservoir with the dam. Doing that would cost an estimated $300 million, according to the New York Times.

Though the concept is not entirely new, LA has led the nation in implementing it. According to ABC News, “The city poured 96 million black four inch balls over the surface of its 175 acre reservoir.”

Jay Kim, a freshman at West Ranch High School, stated, “I like the idea of Los Angeles using shade balls because it is a cheap, eco-friendly method of saving LA’s water from evaporating.”

Christian, a freshman at West Ranch High School, and is a new addition to the JSR team. He is active in many clubs, such as Speech and Debate. In his free time, Christian enjoys skateboarding and reading Greek mythology.