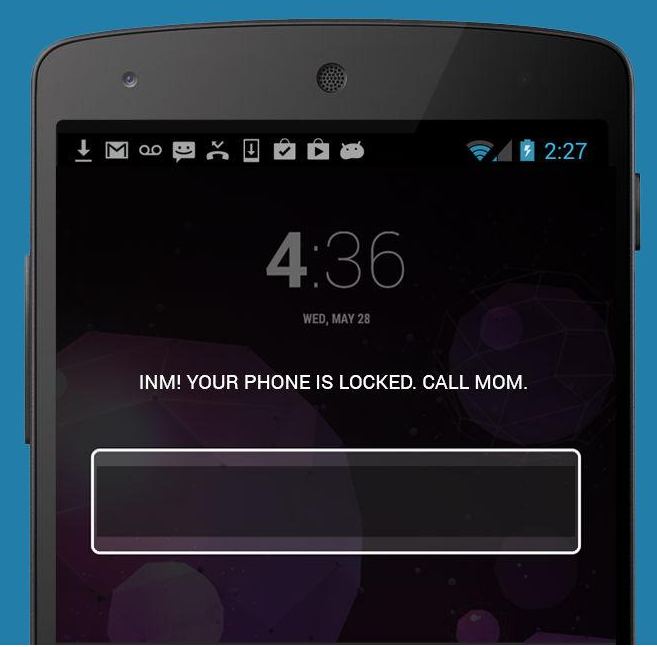 Ignore No More, a new parenting application for smartphones, allows for parents to remotely lock their children’s phones in the event of their calls being repeatedly returned.

All parents have to do is set up an account with a username and password, install the software on the parents’ and children’s smartphones, and, at the click of a button, the children’s phones can be locked with only two available functions: calling home or calling 911.

According to the Ignore No More Site they need is “less than 10 minutes,” not enough time for the subject to even know if their phone is gone, to get the application up and running. Although the application is visible, it is virtually impossible to tamper with without the right code, and attempting to disable, uninstall, or stop the application will prompt a notification on the installer’s phone.

Ignore No More is advertised as simple, fast, and effective, making it a viable solution for frustrated parents. Teens, however, had mixed reactions to the app when interviewed by JSR.

Rahul Gokhale, a non-smartphone user and Whitney High School sophomore, said, “I think this app really allows for parents to gain control over their child’s smartphone habits. I definitely see a lot of people intentionally ignoring their parent’s calls, and this could really change the game in terms of control.”

“Connectivity is important, don’t get me wrong. But I believe there is a fine line between being up to date and being glued to your phone. This is a line that too many have crossed, and this app corrects that,” Gokhale continued.

Yet many teens see Ignore No More as a further opportunity for “helicopter parenting” and “tiger parents” to gain more traction in their lives.

Saurav Chhapawala, a teenage smartphone user, told JSR, “The problem that this app claims to solve – being ignored and suffering lack of communication – [will not be improved. The app] will only make mistrust and lack of respect from the child to the parent.”

Many people in the smartphone community also have the opinion that this app could be exploited by the common school bully or a jealous spouse to gain control of whomever they want.

“I understand that using a smartphone is a privilege, and ignoring your parent’s calls is unacceptable,” Chhapawala stated, “but I find too many ways that this app could be exploited, misused, or removed.”

Several glitches have also been reported, and the fact that it requires regular cellular data connection has created a loophole for teens and a liability for parents.

This app may appear to be the Holy Grail for many parents, who can finally gain control of their child’s smartphone usage, but for others, its just another way for someone to look over their shoulder.