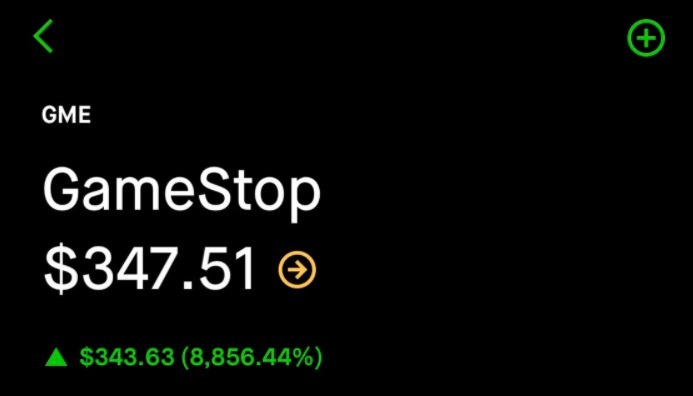 The uprising of the GameStop stocks was a phenomenon for people all over the world. The event shocked all investors and was a hectic time of decision-making. Investors were choosing whether to sell or hold the stock, people were wondering when the stock value would eventually decrease, and the whole globe was on the edge of their seats. However, not many people actually know what occurred, and what caused the stocks to sky-rocket. The background information is just as intense as the occurrence.

The basic concept of what had caused the GME (GameStop) stocks to rise high in a matter of a few days is actually fairly simple. It all revolves around the idea of short selling. Short selling is when an investor borrows a certain stock, then sells it, and finally buys the stock back in order to return it to the lender. In easier terms, this is done when the investor wants to bet that the stock that they sold would drop in price.

GameStop was a very popular store in the past decade as it was an easy place to buy every kind of video game or console. Children especially loved the store, as it seemed to have a great environment and good variety of items. However, the business has recently been losing customers. This is because the digital era that everyone lives in now doesn’t require gamers to go to physical stores to buy online games. Because of the internet, all of these purchases can conveniently be made online. Since this is the case, many investors had expected GameStop to continuously lose money, since every year, there are less shoppers. This was the core reason why the stock had increased. A notorious SubReddit named WallStreetBets is a group of investors that bet with huge amounts of money. Many of the people involved with the Reddit page had short-selled GME stocks as they were confident that the stock would only continue to drop. However, when GameStop had announced that they had added three directors to their board, the stock started growing. As this was happening, everyone who had bet that GameStop would go down had to pay back as they had lost the bet. Shockingly, as so many people had short-selled the company, the rise of the stock rapidly grew in a matter of a few days. Not only GameStop, but many other organizations, such as AMC, had also grown because of the same reason.

Several months ago, when I had first opened my investing account, I was able to get a free stock as I had signed up with a friend’s referral code. Astonishingly, it happened to be none other than a GME stock. At the time, it was worth approximately 2-3 dollars. However, just about a month ago, I noticed that the stock had grown so much since the last time I had seen the price, and I was ecstatic.It was growing and dropping at an unpredictable rate, and I eventually sold the stock at 110 dollars. I learned that this was a once-in-a-lifetime phenomenon, and that I was only lucky to be able to experience it.