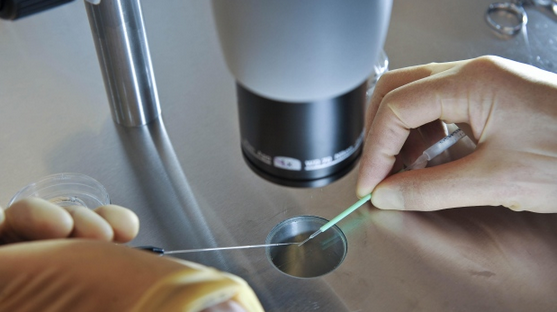 There is much controversy over the so-called ‘three-parent babies’ law, which was passed by Britain’s House of Commons on Tuesday, February 3.

After the conclusion of a heated parliamentary debate, a general consensus was met by UK lawmakers to approve of this genetic-revolutionary law with an overwhelming yield of 254 votes in favor. This law allows for couples at risk of producing children with mitochondrial disorders to receive an in vitro fertilization (IVF) with DNA from an additional egg donor.

Complaints against this law were presented by 60 members of the House of Commons. Under previous British law, implanting genetically-modified embryos into a woman was illegal. Those objecting to the law cited it as an instance of human ‘tampering’ with genetics.

With the approval of this law, an uproar arose worldwide amongst those who were concerned with the ethical implications of genetic control.

“I personally disagree with this law because I believe that we’re not in the place to be altering nature [and] changing life. And in all honesty, I don’t think we’ll ever be in the place to alter life,” said Tim Kim, a senior at Crescenta Valley High School, in an interview with JSR.

Kim stated that the reason for his antagonism lies in the basis of his religion.

“Christianity definitely plays into my ideas… It affects me to be more conservative on such ethical matters,” he told JSR.

Many opposers to this legislative action, like Kim, come from a religious background.

Reverend Dr. Brendan McCarthy, adviser of the Church of England, told CNN that he worries that the medical procedure the law calls for is not fully developed, and hence will not efficiently cover for the “ethics, safety, and efficacy of the mitochondrial replacement therapy” the law proposes.

Yet, not all objections come from the religiously-minded. The California-based Center for Genetics and Society, a secular organization that is not opposed to human genetic modification, issued an objection in an open letter to UK lawmakers in January.

The Society stated in the letter that, although the proposed goal appeared promising, “the techniques will in fact put women and children at risk for severe complications, divert resources from promising alternatives and treatments, and set a policy precedent that experimentation on future generations is an acceptable biomedical/fertility development.”

Other objections have come from those who worry the law will be gateway for society to start toying with eugenics, or the use of selective breeding techniques in an attempt to “improve” the human gene pool. Although such genetic manipulation can possibly dispel genetic/birth defects, it could also lead way for genetic discrimination such as that depicted in the 1997 science fiction film “GATTACA.”

Yet, despite these oppositions, many hope that this law will still lead to a revolutionary change in the prevention of genetic diseases.

“Why not give this law a shot? l think this will be a great law because it gives sick babies the opportunity to give life a try,” said CVHS senior Silas Fitzgerald.

“In all honesty,” he added, “when it comes down to life or death, who cares if humans are being genetically controlled?”

As it turns out, many that are in favor of this law seem to view this legislature with positive feelings because it can provide potentially-diseased babies with more opportunities in life. This alone is convincing for many who were originally struggling with hesitation towards this law.

Crystal Gill is a first time writer at JSR. A senior at Crescenta Valley High School, she is involved in many extracurricular activities related to humanitarian works, community service, and sports. In her free time, she enjoys spending time with her family and loves to watch animated movies. She ultimately aspires to share important issues with her community in the hope of raising awareness amongst the uninformed.