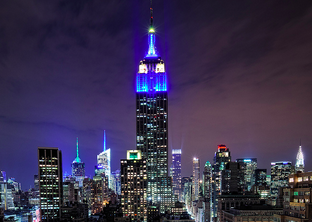 Hoping to raise global awareness of light and its innumerable applications, the United Nations proclaimed 2015 as the International Year of Light and Light-based Technologies (IYL 2015).

Many people take for granted the remarkable phenomena made possible in our everyday lives thanks to light. From serving as the major factor for photosynthesis to warming up our planet, light is the principal essence that allows for life on this earth. Photonics, which is the application of light, plays a major role in nearly all aspects of our society, impacting crucial areas such as manufacturing, communications and information technology, defense and national security, energy, and health and medicine.

In the message for the Opening Ceremony of the IYL, which took place in January of this year in Paris, UN Secretary-General Ban Ki-Moon stated, “As we strive to end poverty and promote shared prosperity, light technologies can offer practical solutions to global challenges.”

The fact that sunlight does not pollute and is accessible to most people on the earth makes solar power a sustainable and propitious energy source. Its abundance is the key trait that sets solar power apart from other energy sources that use natural gas, petroleum, and coal. Thus, many people have postulated that light-based technologies will serve as the economic drivers of the 21st century.

Working with scientific societies and unions, technology platforms, non-profit organizations, and private sector partners, the organizers of IYL 2015 are hosting local, national, and international events throughout the year that will help people gain an appreciation for the key role of light and optical technologies in our lives.

“I think the move to highlight [light-based] technologies is intended to help the public better recognize the contributions of these technologies to our quality of life,” commented San Diego High Earth and Space Science Teacher Andy Nelsen in an interview with JSR that emphasized the pervasive role played in our daily lives by light-based technologies such as fiber optic communication and semiconductors.

“I’d like to see more people are aware of the use of light-based technologies on medical and health fields, like in surgery (helping the surgeon to see and zap away the tumor),” Charles Tu, an Electrical and Computer Engineering Professor at the UCSD Jacobs School of Engineering, said in an interview with JSR. “Another example is that a former student of mine has a company working on using light of different wavelengths to stimulate growth of different plants for Chinese medicine, like medical marijuana.”

With the input and cooperation of people all over the world, innovative ideas regarding the usage of light are spread around. The significant advances in fiber optic communication can be accredited to light itself; today, citizens enjoy the relatively rapid transmission of data across the world. As the backbone of our modern communications infrastructure, light technologies have revolutionized the way humans interact in this new age.

“The more the public knows about and understands the role of these technologies, the faster the technologies will be developed, thus further enhancing our quality of life,” concluded Nelsen during his interview.

By declaring an international year centered around the central role of light, the UN has opened up a multitude of opportunities for citizens to learn about the revolutionary potential of light technologies.