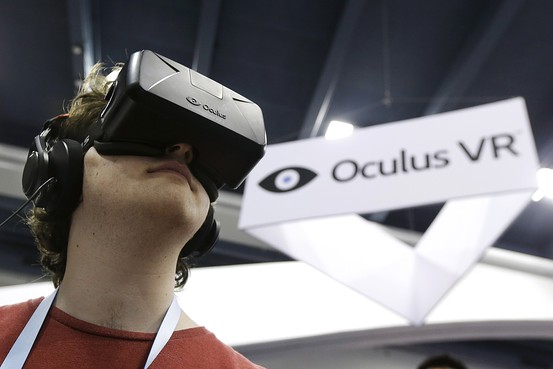 Virtual reality (VR) is seeing increased use in fields like film and science.

In film, VR features have gained much attention from filmmakers, and the recent Sundance FIlm Festival in Utah dedicated an entire exhibition to VR films. Various independent filmmakers presented their virtual works here, along with corporations like Fox Searchlight. Additionally, Vice has recently announced that it will be making virtual documentaries, and “Zero Dark Thirty” production company Annapurna Pictures, announced a VR division.

Another company to join in on this rapidly growing world is Oculus VR, the company behind the development of the VR device Oculus Rift. In January, they announced the creation of Oculus Story Studio, an internal team dedicated to creating what a blog post described as “experiences that let the viewer step inside and become part of the story.”

The studio released its first animated short, “Lost” at Sundance, and has announced the release of five more shorts in 2015.

Insiders in this rapidly-growing world believe firmly in its potential.

Chris Dixon, an investor at venture capital firm Andreessen Horowitz, wrote in a blog post, “The next few decades of VR will be similar to the first few decades of film. Filmmakers had no idea what worked and what didn’t: how to write, how to shoot, how to edit, etc. After decades of experiments they established the grammar of film. We’re about to enter a similar period of exploration with VR.”

Science is also a direct beneficiary of virtual reality.

In a January article in the Journal of Alzheimer’s Disease, researchers claimed the new tool displayed a correct classification rate of 87.3% — the same level of diagnostic accuracy as standardized neuropsychological tests currently used for MCI screening. This new way of diagnosing the disease can not only detect MCI on its own, but it allows patients to take a automated remote form of the test at home, thereby increasing comfort and reducing examination cost.

Sophomore Arin Sarkissian, an aspiring doctor and member of Crescenta Valley High School’s Academy of Medicine and Science, told JSR that virtual reality has the potential to be applied to more than tests.

“Virtual reality could undoubtedly make the concept of ‘hands-on’ learning truly available even in the medical field and… build confidence in medical students,” he said.

“Doctors obviously can’t practice on a patient to get ready for treatment or surgery, Sarkissian continued, “so knowing that I could actually try out any surgery technique or procedure in a simulated world before actually performing it in a life-or-death situation will reassure me as a doctor that I know what I am doing and will undoubtedly increase success rate in all treatments.”

“In addition,” he concluded, “the patients will feel safer knowing that the doctor has had such realistic training for that specific treatment.”