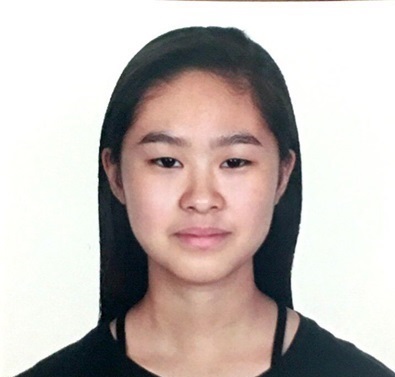 According to the Washington Post, 2016 was the hottest year ever in our history, marking the four-year period from 2015 to 2018 as the warmest in our 138-year archive. And, according to The Guardian, this is primarily due to heating caused by human carbon emissions and the lack of rainfall, which were both results of the El Niño that had lasted from 2015 to 2016. However, experts predict that 2019 may replace 2016 as the hottest year ever recorded due to the occurrence of another El Niño.

The National Geographic states that El Niño is caused by the cold and warm phases of the El Niño Southern Oscillation (ENSO) Cycle, which regulates heat in the eastern Pacific Ocean. Due to differences in air pressure between the east and the west, the trade winds that push warm water west and cold water east are normalized under neutral conditions. During El Niño, the high surface air pressure in the western Pacific Ocean and low pressure along the coasts of the Americas disrupt these trade winds, causing them to weaken or change direction.

According to an analysis from the Climate Prediction Center at the National Oceanic and Atmospheric Administration, there is an 80% chance that a full-fledged El Niño has already begun and will last until the end of February. As El Niño disrupts temperature and rainfall patterns, the impact it has on the environment is directly proportional to the climate and the welfare of those affected by it. Due to the severity of global warming in recent years, the impacts of El Niño amplify each time it occurs, according to a study by Geophysical Research Letters. Consequently, the occurrence of El Niño in 2019 means unprecedented changes that we may not be ready for.

The El Niño in 2016 was associated with the worst coral bleaching event ever recorded in history, which killed millions of corals on the Great Barrier Reef (Phys). Furthermore, El Niño is notorious for the famines, crop yields, cooling demands of homes and buildings, and the extreme weather that follows.

Not to mention, warmer weather can lead to destructive or dangerous conditions, such as heat waves, droughts, storms, and wildfires. Based on the heat waves that occurred in 2018, general productivity drops due to the heat and safety of the workers. As a result, records from the Lancet Countdown show that 153 billion hours of labor were wiped out. Additionally, in 2018, there were 17 more cyclones and hurricanes in the Northern Hemisphere compared to the long-term average of 54. Such devastations left enormous impacts in the economy and killed thousands of people from places including the Mariana Islands, Philippines, Vietnam, Korea, and the U.S.

Although we can expect difficulties in 2019 due to El Niño, the true problem actually lies in the continuous increase in climate change. After all, El Niño is a natural event that has been occurring for years and years. What establishes it as a problem and destruction is the enhancement of the negative impacts it has through climate change. Studies show that at the rate we are going now, these weather extremes and catastrophes are bound to increase by 50% on average and even 300% with climate change. Unless the world begins to raise awareness to cut carbon emissions from burning fossil fuels, we are headed for an inevitable demise as the events of 2019 will demonstrate.