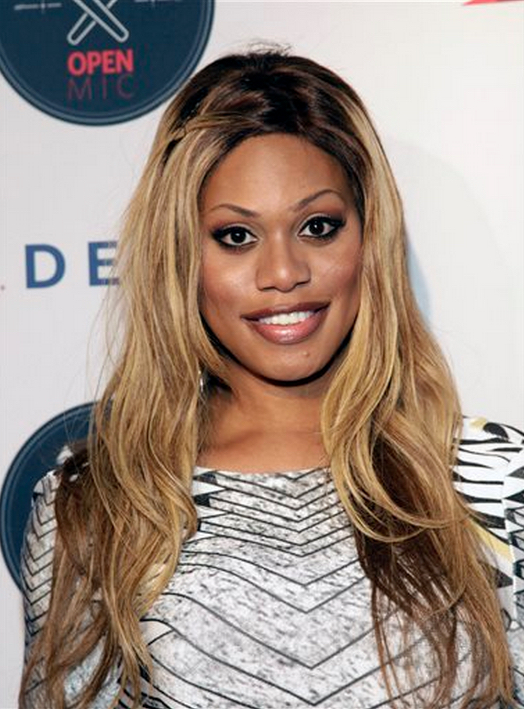 “To be honest, I don’t like telling people that I’m trans, because I know how [people] are going to react. This is true especially when it comes to my family and friends, which is ironic because they’re the people who are supposed to be the most accepting. I also definitely know people who will just be jerks about me wanting to be a girl,” said a person who is transgendered who requested to stay anonymous in an interview with JSR.

“At the same time,” he continued, “I feel better seeing people like Laverne Cox. They let me know that the world is changing, a little at a time.”

According to a study by the Gay and Lesbian Alliance Against Defamation (GLAAD), portrayals of transgendered individuals have remained rare on television and almost completely obscure in film. Furthermore, 54% of the recorded portrayals of trans individuals in television since 2002 have been labeled as socially negative by GLAAD, as they are portrayed as either victims or villains. Commonly, they are depicted as sex workers.

The reason why Cox has performed a groundbreaking role is not simply because of her positive transgender character but because she’s an actual trans individual. The majority of trans roles are performed by cisgendered, or non-trans, individuals such as Jared Leto as Rayon in “Dallas Buyers Club.” As a result, these characters can often be clichéd or misinformed.

While representation of the LGBT community as a whole may be rising, the problem remains that the sexualities of LGBT characters are often used as plot points to move the story forward and not as actual character traits that help to further develop the roles. This is especially true for the portrayal of trans individuals, who frequently act as plot devices rather than their own fleshed-out characters, as with episodes of “CSI,” where murder victims are identified to be trans.

Yet, according to Cox in Entertainment Weekly, “[My character Sophia] is written as a multi-dimensional character who the audience can really empathize with—all of the sudden they’re empathizing with a real trans person. And for trans folks out there, who need to see representations of people who are like them and of their experiences, that’s when it becomes really important.”

Cox has shown that the problem is not simply representation – it is also the accurate and positive portrayal of transgendered individuals. An estimated 0.5% of the American population identifies as transgendered, and only nine percent of Americans say that they personally know a person who identifies as trans. Thus, positive representation is crucial.

“Whatever stereotypes or misinformation or problematic representations are presented [in media], they are ones that maybe are the exclusive information that a lot of people have about transgendered characters,” said Robert Thompson, a TV and pop culture professor at Syracuse University, to US News.

“‘In absence of actually knowing someone who is [lesbian, gay, bisexual or transgendered], sometimes seeing a story about them on television or in film is the next best thing to fostering understanding and empathy for people,” said Matt Kane, the associate director of entertainment media at GLAAD, to US News.