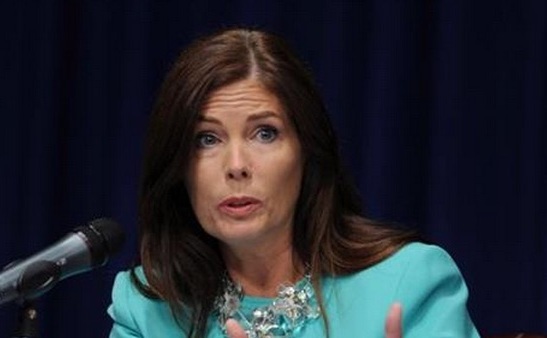 Defending the state in a lawsuit filed by a prison clerk after her sexual assault by an inmate, Pennsylvania Attorney General Kathleen Kane is arguing that the 24-year old typist is responsible in part for her rape. This has created controversy and outrage in many including sexual assault prevention advocates.

The attacker, Omar Best, had been convicted several times for sexual crimes and was transferred to the Rockview state prison located in Bellefonte after assaulting a female worker in the Graterford prison. Best was convicted for the rape in May of 2014.

Before being attacked on July 25, 2013, the victim had complained to employers about Best’s easy access to her office. Her lawsuit states that the prison was understaffed so she did not receive help when she blew her emergency distress whistle.

In response to the lawsuit, Kane’s office filed a letter on September 5 suggesting that the “plaintiff acted in a manner which in whole or in part contributed to the events” and mentioning “contributory negligence,” a legal term which allocates blame to the victim as well as the aggressor, as a possible factor in the rape.

After backlash, Kane’s office claimed on September 24 that she had not herself written the response and had not been notified by her senior deputy of the contents of the response. Yet many people do not believe her excuses and are criticizing the legal system for not treating the matter of rape with the seriousness it deserves.

“It’s wrong to blame a victim for the physical and emotional distress he or she has undergone,” shared a victim of sexual assault, who wished to remain anonymous, in an interview with JSR.

Taylor Payne, president of High School Peer Helpers at the Los Angeles Center for Enriched Studies, told JSR, “As a society we are not well-informed about rape culture, so we are not sensitive to the issue.”