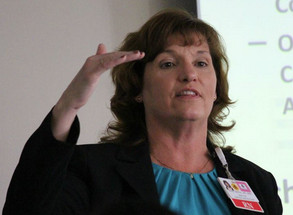 Since being declared National Child Abuse Prevention Month in 1983, April has been the time to acknowledge the importance of stable families and communities. Mary Reina, a forensics nurse of Antelope Valley Hospital, noted, “It ‘takes a village to raise a child,’ but it takes preventive efforts to protect one.”

According to California’s laws, child abuse can be defined as the repeated mistreatment of a child emotionally, sexually, or physically. According to the National Data Archive on Child Abuse and Neglect (NDACAN) at Cornell University, there were 75,641 recorded child abuse cases in 2013 across the US.

Grace Park, a therapist at Koreatown Youth Community Center, told the forum, “children are impressionable and need protection because they are vulnerable and depend on their parents.”

Reina added that children are often silent victims, not reporting abuse by parents due to the pressure of being provided for. Thus, as mandated reporters Reina and Park are obligated to report abuse. After a report is submitted, a social worker will go out and interview family members and evaluate the surroundings. Finally, appropriate measures are taken to ensure the safety of the child.

In an interview with JSR, Park stated, “parent resilience, knowledge of parenting and child development, healthy children, social connections, and concrete support during times of need can prevent child abuse from beginning.”