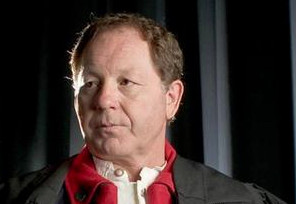 In February, Oklahoma lawmakers tried to drop funding for the Advanced Placement US History (APUSH) class in a bill that overwhelmingly passed the Oklahoma House Common Education Committee before being withdrawn from the full House after inspiring a national backlash.

According to the bill’s Republican author, Representative Dan Fisher, state funds shouldn’t be used to teach the course because he believes it emphasizes “what is bad about America,” “omits the concept of American exceptionalism,” and characterizes the United States as a “nation of oppressors and exploiters.”

Fisher proposed to replace the established, national, and college-recognized AP curriculum with a homegrown substitute, a move that would have cost the state an estimated $3.8 million according to the Washington Post. The legislation also specified what should be taught in the classroom by specifically identifying dozens of “documents, writings, speeches, proclamations and recordings related to the history, heritage and foundation of the United States.”

Fisher included speeches from the various Founding Fathers and civil rights leaders, like Martin Luther King Jr. and Malcolm X, as part of the replacement curriculum. Also included are speeches by Ronald Reagan and George W. Bush and religious documents including the Ten Commandments. No speeches by the last three Democratic presidents were added.
Daniel Chu, a junior at Crescenta Valley High School (CVHS), expressed disagreement with the bill to JSR, saying, “Americans deserve to know their own history, no matter how ‘anti-patriotic,’ unflattering, or downright horrible it is at times. If we don’t, people won’t know better than people in the past, and the same mistakes are bound to happen again.”

He added, “Banning access to the AP course – and by extension, one’s own country’s history – is the most unpatriotic thing one can do.”

“History shouldn’t create a political battle over the angle in which it’s taught, but rather is best left to speak for itself,” Kim told JSR. “And what it says, while not particularly positive at times, is essential for the continuation of democracy and freedom in America.”

After facing national criticism, Fisher has said he will rewrite the bill to require a state “review” of the AP course rather than its complete defunding.

However, in the last year alone, policymakers in Georgia, Texas, South Carolina, North Carolina and Colorado have tried to scrap or doctor the AP course, citing its “liberal bias” and supposed focus on the nation’s “blemishes.” Additionally, the Republican National Committee has urged Congress to withhold any funding to the College Board to force it to produce a course that deemphasizes historical mistakes including slavery and institutionalized discrimination.