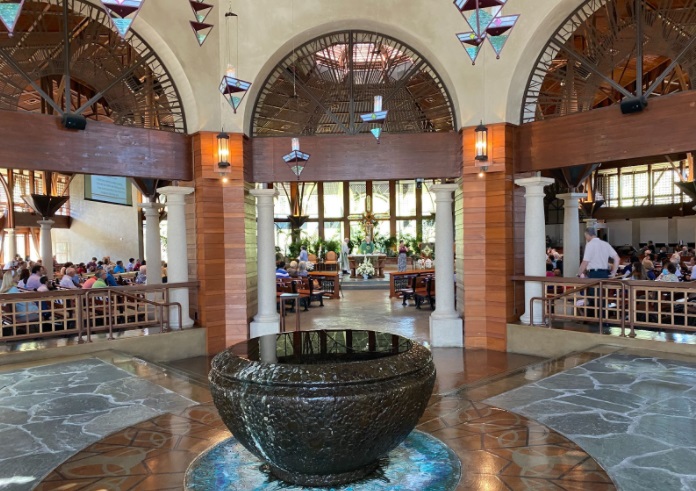 Now that it has been over a year since Covid-19 first broke out in the United States, many citizens are receiving their vaccines. The number of Covid-19 cases in California have dropped substantially and have been staying low. As a result, many restaurants and small businesses have started to re-open. Just a few days ago, the archbishop announced that churches can also re-open.

The Archbishop of Los Angeles, Jose Gomez, issued new instructions for parishes to follow, which started on June 20. Before, priests were prompted to give mass outside where there was better air circulation. Additionally, everyone was socially distanced and wearing masks. Now, for people who have been vaccinated, they are free to take their masks off and do not have to practice social distancing, although everyone is allowed to come inside the church to take mass.

One church in the Tujunga, California area, St. Matthew Korean Catholic Church, has been doing outside masses since June of 2020, and has been live broadcasting every single one, even though it has taken a lot of work to set up all the audio systems, cameras, and moving the altar to the patio. Still, the church members came early to make sure everything was perfect. They also needed to set up chairs and sanitize them so that the risk of exposing Covid was low. At first, not many people came to watch, but as the months went on, more and more attended. Though live broadcasting was helpful for many, there were still a few negative outcomes. When the outside masses started, no one was able to sing or praise because it would cut through the audio and disturb the people watching online. Plus, believers were not allowed to say “peace be with you” to others around and shake their hands, since it would violate the social distance. However, now everyone can sing and praise all they want. Since June 27, everyone has been allowed inside the church and the priest can have mass at the altar.

A church member of St. Matthew Korean Catholic, Church Young Hee Lee, explained, “Though I am happy that churches are starting to re-open, I still think it is a bit too early. I am concerned about the fact that there will be no limitation of people and no social distancing. Even though the numbers have dropped, it has not gone down to zero yet. Plus, the new Delta variant has come up, so I think it is rushed.” Regardless, it is important for churches in Los Angeles to start taking mass inside as long as everyone is being safe and following guidelines.

This is a crucial time in everyone’s lives, and people are still unsure if it is really the right time to reopen all of these places. However, the United States is getting closer than ever to overpowering Covid-19, and opening up churches is another step to going back to normal.