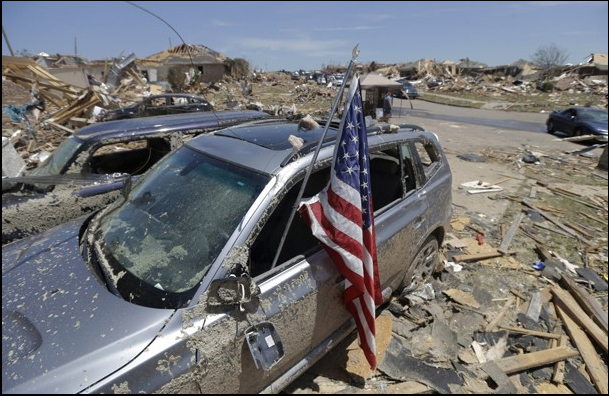 The May 20 tornadoes in Moore, Oklahoma, which killed 24 people and left hundreds injured and without shelter, has elicited strong feelings of sympathy from around the country. As the people at Oklahoma clean up and rebuild after the storm, people in Southern California are seeking ways to help the victims.

“If I had the choice to go to Oklahoma to help clean this mess, I would,” said Kaitlin Lee. “It just hurts my heart to see all the destruction. There should be donation events because the people in Oklahoma lost so much.”

Celebrities like Blake Shelton, an Oklahoma native and the star of NBC’s the Voice, are using their star power to do just that. Tomorrow night, Wednesday, May 29, Shelton’s “Healing in the Heartland” benefit concert in Oklahoma City will be broadcast live on NBC. Country singer Carrie Underwood and basketball star Kevin Durant have also made million dollar donations to the cause.

“What they are doing is really amazing,” said Julie Zhang, a junior at Arnold O. Beckman High School. “[The idea of a] benefit concert is so touching.”

Yet non-celebrities who worry for the families in Oklahoma can also be involved. The American Red Cross has a text-message donation system that anyone with a cell phone can access. To donate $10, text “REDCROSS” to the number 90999. The charge goes to your cell phone bill, so be sure to get your parents’ permission if they pay your bill.