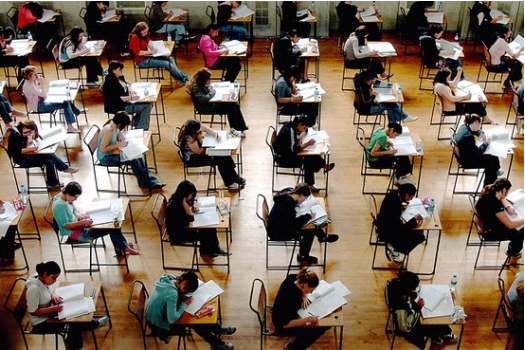 According to reports from February, The Scholastic Aptitude Test (SAT) is likely to undergo changes in the near future. Yet not everyone is excited about the changes to the test, which was introduced in its current form in 2005 and is taken by a million students each year.

The reason for the potential change in format is because the College Board, which administers the test, seems to be losing some of its popularity among students. According to The Washington Post, for the first time ever, in 2011, more students took the ACT than they did the SAT. Although the specifics of the changes remain unknown, the Socroto Learning Analytics weblog speculates that changes in the SAT could include a greater use of charts and data representations, a possible incorporation of texts from other cultures and a shift toward reasoning math problems.

College Board president David Coleman stated in an email that the changes are being made to “respond to the emerging needs of those we serve.” Some students and colleges are not currently satisfied with the SAT and what it tests.

However, statements from some university representatives support the current test.

For instance, Charles Deacon, the dean of undergraduate admissions at Georgetown University, is happy with the SAT and is not “clamoring for [College Board] to change it.” He “found that the test is predictive” and has “a lot of value in it.”

Others did not laud the SAT as much as Deacon did, but they still did not think that changes on the SAT are necessary. Henry Broaddus, dean of admission at the College of William & Mary, stated that he does not think there is “a need for radical change” and that he is “a satisfied customer with the SAT.”

Students like Kyle Kha, a junior at Diamond Bar High School, have reacted angrily to College Board’s plans. He had planned to take the SAT early 2014 until notification of the changes prompted him to think otherwise.

“If the SAT really does change, that means I have to spend more time and money on SAT school and study books,” Kha stated.

The mixture of responses to College Board’s revamping of the SAT could mean a number of things for future generations – whether they are positive or negative is anyone’s conjecture.

Whether administrators and students like it or not, the College Board has suggested that changes may appear as early as 2015.

Brian Ahn is a senior at Diamond Bar High.