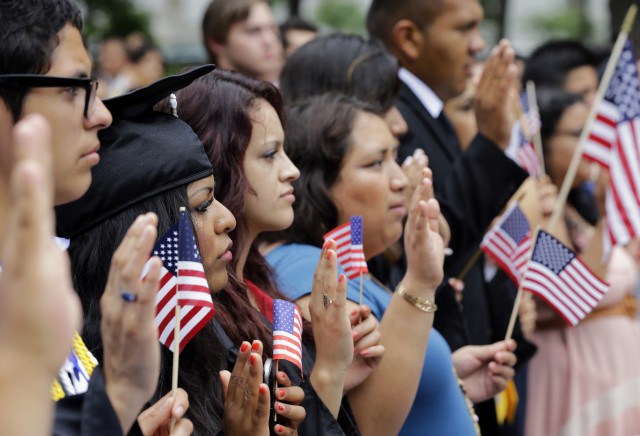 Immigration reform, an issue fought over for decades, was in the spotlight this summer after the passage in the Senate of legislation to create a path to citizenship for unauthorized migrants while increasing border security.

Introduced by Sen. Charles Schumer (D-NY) in April, the Border Security, Economic Opportunity, and Immigration Modernization Act of 2013 is an attempt to find compromise between the warring parties’ divided opinions on the matter while solving the problematic issue of the millions of undocumented immigrants residing in the country. To appeal to progressives, the bill promises a pathway to full citizenship for the undocumented and seeks to provide a clear path for younger undocumented residents who were brought to the US as minors by their families. For conservatives, it ensures greater security of the borders to prevent further illegal immigration and creates a lengthy process that requires applicants to pay fines and complete specific requirements.

Critics of immigration reform, however, are not satisfied.

“[This bill] is filled with half promises and partial truths,” states Remember 1986, an online group that opposes the bill. “It will nearly triple the number immigration into this country over the decade.”

Its biggest challenge, however, may come from House Republicans who are hostile to any bill that grants citizenship. Even if the bill has a majority of support from the House in general, Boehner has stated that he will not bring it to a vote unless a majority of the Republicans support it. If the House alters the bill, those changes will have to go back to the Senate for approval.

In response to obstacles, Schumer has appealed to patriotism and US history. “America has stood for citizenship. We have a Statue of Liberty here. It never has said, ‘You come here, and you’ll be second class,'” Schumer said to NBC. “We will not stand for it.”

For now, however, unauthorized migrants and their children will have to wait. Congress is beginning its August recess, and there are only nine legislative days scheduled for September.