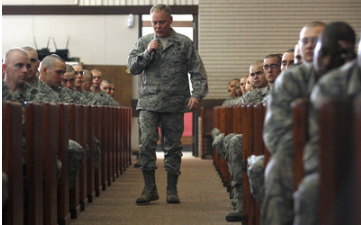 According to a Jan. 15 report in the Los Angeles Times, the US Air Force has “uncovered the largest known case of cheating in the nuclear force.” Around 34 officers, who are all members of nuclear missile-launch crews in Montana, are accused of cheating on a monthly proficiency test that determine the performance of the missiles.

The officers are suspected of cheating by using cell phones last fall and sharing text messages with answers to the test. According to Gen. Mark A. Welsh III, some officers also knew that their fellow cadets were cheating, but they didn’t say anything or report it. The Air Force discovered the cheating while investigating two officers for drug possession.

In Southern California, a few students had opinions on the cheating scandal. Some blamed the individuals.

“First of all, it’s extremely stupid because they wouldn’t have gotten away with such a serious and dangerous crime,” said Se Rin Lee, a freshman at Van Nuys High School, “It was very careless of them to not think of what could’ve happened.”

Others worry that the problem is more than just an individual issue.

Jazzy Matsumoto, a freshman at Van Nuys High School, said, “The government needs to pull its act together… Government security agencies should be more strict in recruiting manpower.”