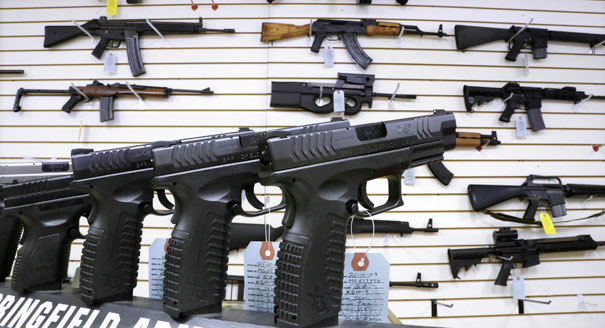 Gun violence remains a significant issue in Southern California at the end of a difficult 2013.

Last November, a Transportation Security Administration (TSA) agent, Gerardo Hernandez, was killed at the Los Angeles International Airport by Paul Ciancia. Two other agents and one civilian were injured.

Yet that was only the most public and well-reported incident in the area last year. In the city of Pomona, homicides have been surging over the last two years after several years of decline. According to the Los Angeles Times, 30 people were murdered in Pomona in 2013, up from 17 in 2012. Twenty-nine of the victims were killed with guns.

Daniel Diaz, a youth pastor in Pomona, was driving home from a church party when he was killed by an unidentified assailant. According to CBS News, Diaz’s murder occurred only hours after a rally was held by community leaders at a local high school to call for an end to the surge in gun violence.

Katherine Shuai, a college student majoring in criminal justice, said in an interview with JSR that the problem stems from anyone being able to access guns.

“It is unbelievable how many cases there are about gun violence,” Shuai said. “I think the problem is that guns are not being monitored as carefully as they should be; if they are better monitored, then such cases would be presented from happening again and again.”

In an interview with PBS, Bureau of Alcohol, Tobacco and Firearms (ATF) agent Jay Wechtel Bureau said that one of the most common ways people acquire guns is through straw purchase sales, which occurs when someone who may not be of legal right to acquire a firearm does so through a companion who buys it on his or her behalf.

Shuai said, “There is no possible way that possession of guns would ever be banned. But if they were somehow limited to certain people, perhaps that might save more lives, since the death toll from gun violence keeps rising.”